We last discussed the prevalence of the peplum back in June, so how’s it been getting on? Was the trend destined for a minute on the lips or does it have a lifetime on the hips?

First entering onto the trend radar for Jil Sander SS11, the collection’s £320 peplum accessory sold out on Net-a-Porter within two weeks. Next came AW11/12’s interpretations from the likes of Stella McCartney and Marc Jacobs. That’s when the high street cottoned on, which gave this flouncy detailing a real commercial lift. The much publicised McCartney collection, snapped on many an A-lister (and a fair few B-Z’s), gave the high street real inspiration and the feature began appearing on evening wear dresses.

Wallis enjoyed success with their £50 Black Spot Mesh Dress which was introduced mid-September and sold out across 7 sizes by the end of October. New Look cashed in too, their Cowl Neck Peplum Dress sold out in under a month in two colourways, across 7 sizes. The high street’s gain was not the designer’s loss though, Mary Katrantzou’s £1530 printed peplum skirt sold out within 2 weeks of landing at Net-a-Porter – a sign that this trend has cachet at all retail levels.

More interesting still is the activity in the last 30 days. We track 1496 peplumed products and of these 29% were introduced in the last 30 days. In that 30 days the number of peplum products being discontinued has also decreased. Monitoring the sentiment towards peplums amongst users of networking sites, we can see that not only is opinion remaining sky-high, but the number of people talking about the trend has rocketed in the last two months. With evening dresses dropping on a daily basis, gearing up for the party season, it’s clear the demand is there from customers.

So, if you haven’t backed it, is it too late? We think not. Analysis of the SS12 collections shows the frill detail holding onto waists strong, included in collections from Vera Wang, Preen and Thakoon to name a few. Jason Wu‘s hot pink pencil skirt is sure to be a success. An interesting turn of events is the peplum cropping up on trousers (at Caron Callahan), tops (Giorgio Armani) and across busts (Giambattista Valli) suggesting there is still some room for growth in the peplum-pool. The detail goes hand in hand with the feminine styles that are continuing into next season.

It’s a relatively easy trend for retailers to back; it doesn’t require time-consuming print-sourcing or expensive fabric-sourcing. It can act as a great way to update an existing best selling garment with minimum fuss, maximum frou. So, have a pep-talk, this one is here to stay. 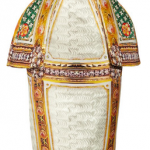 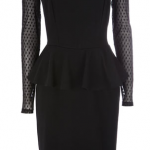 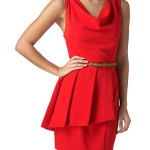 Looking ahead to SS12: 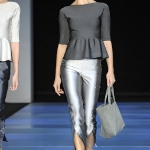 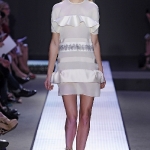 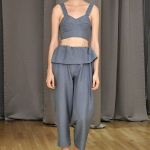