If you follow fashion you won’t have failed to notice the swathes of leopard print products sweeping the market, most noticeably in the last 6 months. Segments of the press are seemingly surprised at the polarising print’s popularity, perhaps lulled into a sense of security via the mild mannered stripes and florals dominating the market in recent seasons. However, with consumer attention spiking in response to AW13/14’s punk trend, we could see the commercial wave was close behind.

Looking at our retail product information, we run the world’s biggest apparel data warehouse, our team of trend analysts have been working hard to help retailers decide which products to make next. Here, we expose where there’s room for growth in the leopard print trend.

Influencers
To understand how much power is in a trend, we need to know its driving forces – the key influencers spreading its message. With our runway print analysis, it’s easy to plot the designer path of leopard print. Leopard started being used more frequently in SS12, when designers in Milan and London adopted the print, including Blugirl, Mulberry, House of Holland and Sister by Sibling. By AW12/13 New York got involved via DKNY, raising the print’s profile, as well as cool points scored at Christopher Kane and Ashish in London. That opened the floodgates, paving the way for designers across all four fashion capitals in SS13 including 3.1 Phillip Lim, Kenzo, and most influentially, Marc Jacobs. So for AW13/14, it is no surprise that Burberry, Carven, Diane Von Furstenberg and Clements Ribeiro were all up to speed, firmly cementing the print in the minds of editors, celebrity stylists and consumers. Continued backing came from the Resort 2014 shows of Valentino, Michael Kors and Alberta Ferretti.

The consumer chatter chart shown here demonstrates the growth in online conversation around leopard print during the Resort shows in June, and continues as the AW13/14 products are promoted by fashion press and begin arriving into stores. Notable appearances of the trend on celebrities such as Beyonce (at V Festival), Rita Ora and Rihanna have global impact, reflected in the prevalence of the print on street style blogs.

What’s sold recently
We’ve evidenced that the hype is there, but how well are products actually selling? Our Top Mover reports reveal the fastest selling garments across value, premium and luxury markets each month. Critically, the trend has been a huge success across all three, working on dresses, skirts, tops and sweaters for Topshop and Forever 21 in both traditional and non-traditional colour-ways. At premium and luxury price points, the print has sold well on outerwear for Antipodium at ASOS (£290) and Thakoon Addition at My Wardrobe (£580). Jaeger have seen their leopard print silk dress sell swiftly at £180.

And the trend isn’t limited to womenswear – it’s sold over the summer for men’s too, which is ideal for retailers with both departments who can share the print and fabric across both. It’s working well on £20-£30 t-shirts at ASOS and Topman, on sweaters at Topman and River Island and footwear at Religion and Vans.

The good news for retailers is that the print is appearing as a continued trend in new product arrivals, with a £32 neoprene red leopard sweater arriving at Topshop 10 days ago, on the same day that Diane Von Furstenberg’s £567 Raelin leopard dress arrived at Matches.

The commercial analysis
There has been a 194% increase in the number of leopard print products arriving into stores at global retailers in the 2nd August – 2nd September period, compared to six months ago. The retailers with the current highest number of leopard print products span the market; Kohls, Farfetch, Barneys, ASOS and Saks Fifth Avenue. The most stocked brands (or retailers operating wholesale at other retailers) reiterate that breadth of market appeal; Forever 21, Dolce & Gabbana, Diane Von Furstenberg and River Island.

The largest categories of leopard print products on the market at the moment are: Accessories (accounting for 20% of all leopard print products), Tops (17.6%) and Footwear (15%). Under £25 is the most-stocked price point, but there is a healthy number of products sitting in premium price brackets of £125-£250, as the price architecture chart shown here demonstrates.

Areas of opportunity
To understand the success of each price point, we looked at number of products which have been restocked and remain at full price within each bracket. £225-250 fared the best, with 9.8% of the products restocked and full price, although luxury retailers carry fewer items, so reorders are more common. Most interestingly, is the success of the £75-£100 and £150-£175 price points, which are perhaps being under-represented by retailers, and given they are not mass market prices, represent good opportunity for the trend to have success well into SS14.

Indeed, the print has already been seen on the SS14 runways of New York Fashion Week, appearing on brogues at Peter Som. While the print continues to be popular on the high-priced accessories of the luxury market, like footwear and bags, it will sell well across the premium and mass markets too, mopping up the consumer interest these aspirational items attract. In the hearts of consumers, we see this one outlasting the punk trend! 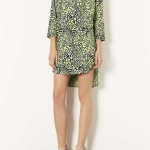 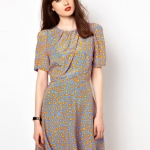 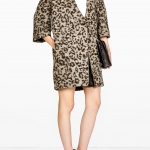