Stroll through a London street these days, and no doubt you’ll see a hipster in their wax jacket. This isn’t the shooting range, so what’s going on? From where has this appreciation of all things country sprung?

We picked up on the heritage trend at the start of 2010, including it in our Future Forecast for the coming seasons. Designers cottoned onto the escape to the country too, with Paul Smith kickstarting things in AW 10/11. His womenswear tweeds, shirts and breeches were styled with wellington boots. In the same season, Topshop Unique showed shearling-lined, shrunken wax jackets which brought the look to a younger demographic. From there the trend has spread; for AW11/12 Daks’ Prince of Wales checks, quilting and capes prescribed heavily to the heritage. Into SS12, and moving the trend beyond the UK, Rachel Comey showed wax jackets and tartan prints – a bold move for the summer season, and evidence of faith in the trend’s future.

Online buzz towards the trend is high, showing that 49% of discussion surrounding the topic is strongly positive in sentiment. Heritage has remained in the the top ten most talked-about trends over the past year, and sentiment in the last three months has shunted it higher in the list: currently sitting as the 4th most talked-about style globally.

There is one brand which is totally synonymous with the look; Barbour and their infamous waxed or quilted jackets. In July this year, John Lewis announced they’d noticed a 100% increase in the sales of the brand – a fact they attributed to the ‘indifferent weather’. Last week alone, John Lewis sold a men’s Barbour jacket every three minutes! The brand’s timeless look and durability clearly appeal to consumers in a cautious time of spending. But celebrity endorsement has certainly helped bring the brand to a younger customer. Alexa Chung, The Arctic Monkeys, Olivia Palermo and Coco Sumners are often seen in the label. This year’s renewed fascination with the Royal Family and Kate Middleton‘s influence within fashion has found those without lineage seeking their own slice of heritage. Barbour resonates here, taking country appeal to the urban masses.

As huge a boost this has been to the brand (10% increase in sales in 2010), Barbour may want to tread carefully. It’s not long ago that other Brit-heritage brand, Burberry, had their high-appeal taken to the masses and swathes of the ‘Burberry check’ were seen across the high street and then on market stalls across the UK.  Both sales and brand image suffered – 2005 marked a particularly rough year for Burberry seeing their checked caps being banned from the terraces at football games, tying them into hooligan culture. Burberry have certainly swung favour back round in recent years, but not without headache and some serious marketing brainstorms.

Other retailers have pushed their own interpretations of the heritage trend, and with success. Topshop‘s £95 faux fur waxed jacket which landed at the height of summer, was out of stock by early autumn in five sizes. A similar story for ASOS‘s £75 Women’s hooded wax jacket, which has sold out in six sizes. Quilting has also sold well and at substantial price points –  Ted Baker‘s Men’s £195 Quilted Blazer was in stock for a mere 13 days before selling out in all four sizes and Belstaff‘s £220 quilted jacket at John Lewis was only in stock for three weeks. Products are continuing to drop – of the 3674 waxed or quilted jackets we monitor dropping in the last 90 days, 63% have been in the last month. There have also been 1485 sell outs in the last month alone.

Regardless of season, these products sell well, and will continue to do so into Spring/Summer. Our words of caution go to the higher priced retailers and designers. This is a look which has bubbled up from the street (or field) to designer – once it has fully trickled down again, it would be wise to steer clear. With their 75 year history, Barbour will weather the storm – it will be interesting to see how they use their innovation to move the brand and product range forward. 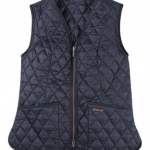 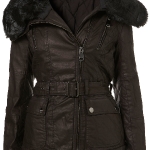 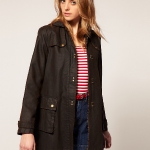 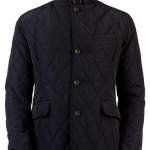 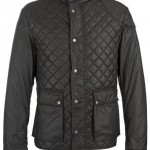 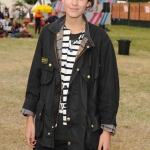