For two years we kept our eyes on maxi dresses. We began in October 2009 in the SS11 forecast, monitored the arrival on the catwalk, on the street and subsequently in stores. The 70’s maxi dress was a Cinderella story for 2011.

Our October ’09 report identified a hippie spirit with organic and natural forms fused in feminine and floaty styles. Of the key shapes CADs, a maxi volume dress epitomised the 70’s revival with excess layers of fabric that created volume and movement.

SS11 collections that hit the catwalk in September 2010 were awash with maxi dresses, from the billowing muted floral silks at D&G to simple earthy floral styles at Issa and a combination of digital prints and colour blocked brights at Matthew Williamson.

1970’s maxi styles started to drop in early March 2011. Dorothy Perkins was one of the first movers on the high street with 405 different maxi dress styles dropping since January, 119 of these were in seventies style florals.

During the past 90 days there was an obvious spike in the new products dropping toward the end of June, while the number of discontinued products peaked in early August.

So how well was the trend received by consumers? When the style started to land in store in February there was a steady growth in opinions on social networking sites, through to the end of April when we saw the first sharp rise in number of mentions. The jump can partly be attributed to an early summer in the UK in late April and early May.

Maxi dresses, particularly those channeling a 70’s vibe are dropping off the radar for now. While they were a staple piece for the fashion set in AW10/11, the look can be a difficult trend for the majority of shoppers in the winter. We expect that the maxi will hibernate in the colder moths, before returning in time for spring. The style was featured in a number of Resort 12 shows including Anna Sui and BCBG Max Azria and SS12 will see continuation of the shape, although going into AW12/13, the maxi length will fade into a distant memory. 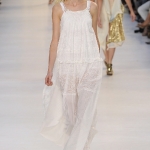 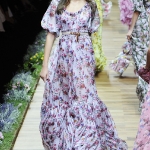 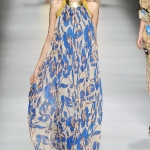 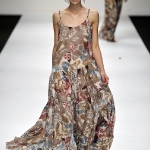 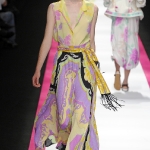 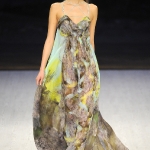 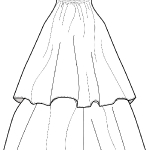 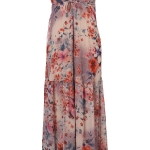 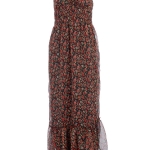