Each season, every garment from the runways of New York, London, Milan and Paris passes through our colour detection system. From this we generate a colour wheel showing colours that designers unanimously agree will be the new season’s shades, and which colours will be picked up by retailers.

We don’t do ‘predictions’ and don’t believe the trend industry needs to be based on prophecy, so giving this kind of insight is important. So, let’s see how those SS12 colours panned out – if retailers did indeed back them, and whether they’re selling well.

Our extensive data warehouse allows us to select any colour reference and displays all the products we monitor that use that shade, across hundreds of online brands and retailers. We’re only ever one click away from judging the scale of a colour trend. As much as we’d love to reveal how each and every shade from the SS12 is selling, you’d probably doze off, so let’s pick the key stand-out colours: the bold red, the estate blue, the citrusy chartreuse and the vivid orange and see how they performed in May.

Bold Red
Backed by Roland Mouret in Paris and Trussardi in Milan, bold red is a racy shade which can often polarise opinion. However, it is invested in hugely by retailers, with 31,421 products using the shade. Consumer sentiment towards the colour is 36.08% positive, outweighing negative sentiment of 21.9%. Red has an interesting price distribution at the retailers which invest in it most heavily. There is a huge spread of pricing – with garments represented in large scale across all lower-to-mid levels, as well as top price points, making it a really mainstream shade. So, retailers invest in the shade now and historically, but are consumers buying it this season?

In a word, yes. Red is selling exceptionally well across all of its price points. George at Asda‘s £14 red skinny jeans arrived online on the 25th May and were sold out in five of eleven sizes by the 29th – four days! French Connection heavily backed the shade this season. Their £150 halter maxi dress at ASOS only remain instock in size 12, having sold out of six other sizes in four weeks with no discounting. The shade has done well at the next price point too – Goat‘s £330 Pandora dress at Matches dropped instore on the 15th May and by the 24th May was sold out in four of six sizes. And then there’s the likes of the Carolina Herrera $3790 gown at Neiman Marcus, sold out in three sizes already since arriving on the 11th May. Bold red has a strong representation in retail and it works. Customers feel positively towards it and garments fly out of stores, making it a seasonal palette success.

Estate Blue
Estate blue had the largest representation on the colour wheel and is well backed by retail, now and historically, with a  total of 27,869 products of this shade across 3,684 brands. Consumers like the shade, with 30.75% sentiment towards it being positive, which isn’t quite as high as bold red. Its price distribution is much more controlled too – with the bulk of products sitting at either under $70 or over $395 and very little skew. This suggests it leaning towards a trend shade rather than the perennial bold red. Interestingly too, the shade is most commonly used in dresses.

So how is this reflected in retails sales in May? Quiz’s £59.99 royal blue embellished maxi dress arrived instore at Debenhams on the 22nd May and was out of stock in three of four sizes within two days. Perhaps the UK retailer’s use of ‘Royal’ at the time of the Jubilee was a wise choice? Oasis saw success for their £100 Emeline maxi dress which had sold out within six days of it landing instore on the 24th May. Harrod’s delivery of the £1125 Hervé Léger Pasha bandage dress on the 28th May did well. There is currently only one left, in XS. Each of these items fall into evening wear categories – this shade sells well in occasion wear.

Chartreuse
Chartreuse was well-backed by designers for SS12, and feels more seasonal than estate blue or bold red. Its representation in retail reflects that it’s a trend colour, with only 5,584 products in our database. Consumers are less confident about the shade too, with a positivity of only 26%.

The shade is selling, but not as quickly as the other two shades: we had to dig further back into May’s data to find sell outs. We found them in the form of Loft‘s crinkle mid length skirt, priced at $59.50 which is only left instock in size 4, and Topshop‘s £60 embroidered organza dress is out of stock of half of it’s sizes, having landed instore on the 3rd May. The Amaro fringe-detail dress at BCBG Max Azria has been on sale since the 19th May, and is out of stock of three of five sizes. The trend did come to fruition, yet customers, being less familiar with the garish shade, are buying more hesitantly.

Vivid Orange
Lastly, orange. An exceptionally seasonal colour, it doesn’t surprise when it crops up summer palettes. It’s seen in 30,296 products, with a positive sentiment of 31.33%. The biggest investors in the shade are ASOS, Zappos and Kohls. Of the four we’ve focused on, this shade is the one with the clearest product area, with a larger percentage of garments being in the dress category than any others. Again, the price spread is structured, sitting around the fast-fashion level of under $60 and another grouping of products at over $360. This indicates it is a trend shade rather than mainstay. It is selling marginally better than chartresuse, with mid-month successful product drops now selling out. Theory‘s Emogen spiral sweater at $170 at Shopbop is an example of this, having sold out in three of four sizes since the 17th May. Whistles’ £95 Suzie tencel dress has sold out in four of six sizes since the 17th too. However, at Nordstrom the Rory Beca Maya silk dress sold out in the black colourway, but with all of the orange still in stock. We’d expect to see this colour sell better as temperatures heat up.

So the lessons learnt? What designers show at fashion weeks has a massive impact on the industry as whole, we already know that. Although magazines may laud the new shades as the next big thing, it isn’t a guarantee that it’s what consumers want. A more reliable judge of that is how the shade has been performing over time. Very rarely does an entirely new colour come into play which clears rails, especially not within the mass market section of the industry. Watch the data and you’ll know where to find the gold at the end of the new season rainbow. 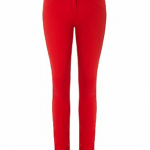 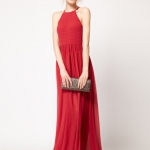 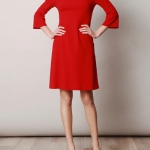 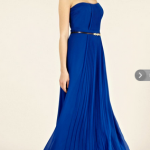 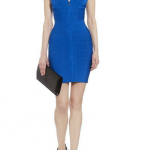 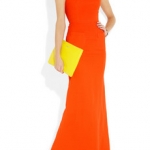 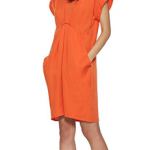 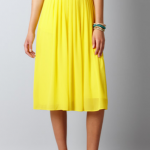 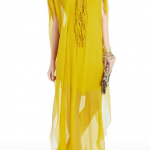