Retailers globally are putting the finishing touches on their Halloween strategy. Our latest special report for EDITD customers analyses data from last year’s retail campaigns, measuring the success of products and merchandising plans and projecting forward to this year’s winners.

Here, we share the key findings – there should be no frights come late October!

Our Halloween 2012: Women’s UK Mass Market retail report analyses the Halloween strategy of nine global retailers – from their email newsletter campaigns to product assortment. Of the nine retailers we investigated, Topshop were the first to launch their campaign, sending out their first ‘Witching Hour’ email newsletter on the 5th October. They used the holiday date to tie in with a gothic story they were running for the season. The range sold incredibly well, with notable fast-moving products including a £90 feather jacket, a £38 studded lace cup bralet and £25 flocked skull leggings.

Topshop weren’t only fastest out of the starting blocks, their campaign demonstrated excellent planning and bridging of online & offline worlds. Topshop customers were asked to tweet a picture of their Halloween costume with the hashtag #TrickorTweet to win a cash prize. Cleverly using social media to connect both their digital and physical worlds, customers were also able to visit selected stores on specified days (a time they referred to as the Witching Hour) to show off their Halloween costume in person. This campaign went on to see them win Best Use of Innovation at the etail awards in June 2013. Their collaboration with J. W. Anderson included spookily-themed jumpers, which caught press attention and couldn’t have been better timed.

River Island also incorporated the holiday into a trend theme, The Dark Arts, for their email newsletters whilst New Look and Urban Outfitters merchandised products from their assortment to suit a Halloween edit. Oasis, Warehouse and Miss Selfridge ran discounting emails for the holiday, with Warehouse’s being the most generous offer at 25% off and free shipping. The last email newsletter sent was Miss Selfridge’s on the day – 31st October.

The top-moving Halloween-themed garments across the market (defined as items that display price constancy, quick sell through and rapid replenishment) were undoubtably skeleton prints, on leggings and bodycon dresses. Perhaps they took their cue from Ashish’s SS11 collection which sold incredibly well for Selfridges and ASOS and featured skeleton sequinned prints on jogging bottoms and sweaters. The pick of the bunch from 2012 includes Boohoo’s £15 skeleton dress that despite a late arrival date of the 27th October, had sold out of all its sizes by the 9th November. ASOS Petite’s £20 skeleton print leggings came into stock on the 5th October and four sizes had sold out within 10 days. New Look introduced their skeleton print leggings earlier, on the 6th September, and perhaps underestimated the demand, as 3 sizes sold out before October and weren’t restocked in time to maximise the holiday interest.

So what’s the story look like for 2013? There are currently 355 skeleton products on the market ranging from £3 – £5,250. The top 5 retailers of the trend are Serene Order, ASOS, Zappos, Selfridges and Urban Outfitters. The current restock rate for skeleton print products is 27.6%, and 36.3% of products sell out. These stats suggest the trend will be bigger this year than last, given an increase in number of products on the market, a lower average price point and higher restock rate (it was 12.2% last year).The majority of new products arrived in late July, but last year’s data shows an increase in new arrivals in the last week of September. The bulk of discounting occurs in late December.

Gothic and punk were a big influence in the AW13/14 collections of Versace, Jeremy Scott, Saint Laurent, Michael Kors, Givenchy and Rodarte. Pair that with the likelihood that Topshop’s campaign success won’t have gone unnoticed by other high street retailers and this year’s Halloween is set to be even more influential in product merchandising.

Halloween is gaining importance in the retail calendar as consumers become more globalised, affecting geographies which don’t usually celebrate Halloween flamboyantly. Retailers are latching onto the American enjoyment of the holiday at pace; its celebration is relatively new to Japan, and Australian retailers are taking part in the merchandising campaigns despite seasonal differences. As the Mexican and Brazilian retail markets continue to grow, their own celebrations of Día de los Muertos and Finados in early November will extend the window for promotions. Retailers had better embrace the dark side!

If you’d like to find out more about our Halloween 2012: Women’s UK Mass Market retail report or how you can use EDITD, drop us a line at hello@editd.com. 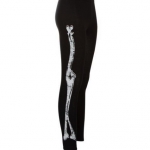 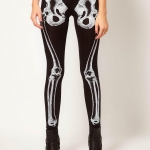 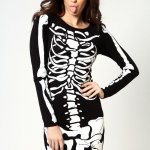