Pencil skirts, pussy bow blouses and fur trimmed coats… fashion has taken a turn to the genteel and boy, does the lady scrub up well. The Autumn/Winter 11/12 shows picked up where Prada left off last fall, and offered a parade of polished, ladylike silhouettes and grown-up details. Miu Miu took to the fore, with their 40s tea dresses, nipped in waists and sharp-shouldered suiting, the models, complete with roller-set hair-dos and post-war steely glares looked every bit the glammed up mam. Jonathan Saunders’ vivid palette and rich prints didn’t for a minute detract from the well-mannered forms they were shown upon, pencil skirts, buttoned-up blouses and shimmying eveningwear. So too at Donna Karan, Marc Jacobs and Sportmax, so what’s made us watch our p’s and q’s? After seasons of sexed-up rock n’roll, why has the girl suddenly done good?

Seen much good on the telly lately? It would be foolish to mention the reemergence of retro fashions without name-checking Mad Men and the highly publicized but heavenly curves of its Joan Holloway. Add to this the Kate Winslet-starring Mildred Pierce, the Scorsese produced Broadwalk Empire, the UK’s darkly seductive The Hour and we wouldn’t mind betting there are a fair few square eyes amongst us. But since when did TV, the opiate of the people, really have the power to dictate fashion?

With a recent increase in production budgets, television series’ have certainly changed and so too have people’s viewing habits. No longer do we tune-in or miss-out, but instead we consume our favourite shows in our own time. We pre-record the series, we purchase the box-set, we re-watch episodes and we absorb all of this in one hungry batch, uninterrupted by adverts. This dedicated viewing makes fanatics of us, we notice every detail, fall for every heartthrob and become our own experts of the era the shows are set in. Production studios have responded with ever-more sumptuous sets, thicker plotlines and well-researched wardrobes. With fewer films made during the recession (and the prohibitive price of cinema tickets to the average viewer), television is becoming an ever-greater influencer in fashion and designers are lapping it up. 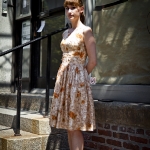 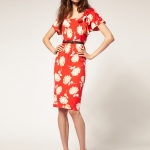 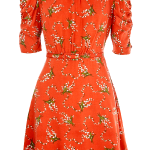 In the past month, ‘vintage’, ‘1950s’, ‘1930s’, ‘1920s’, ‘retro’ and ‘tailoring’ all feature in our Top 20 most talked-about styles online, globally. Pair this with the 1000 plus products with the term ‘ladylike’ in their title that we extensively track from global retailers and we’re onto a trend winner. 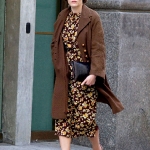 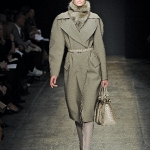 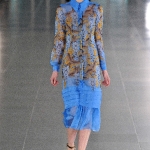 So which retailers are already benefitting from the trend? First drops of the Miu Miu collection at Net-a-Porter show promising signs of a sell out, with one size of their £3215 Dandelion crepe dress selling out in just 3 days  (Miu Miu’s fanbase also increased in volume by more than 6000 followers in the past month). ASOS (who’s name, lest we forget is derived from As Seen On Screen) jumped straight on the bandwagon, dropping their £35 Floral Print 40s Tea Dress earlier this month. Warehouse too have recently dropped their own take on ladylike forms with a £48 Lily Print Dress, complete with ruffled shoulders. With more key styles set to drop over the coming days, we would urge: do not adjust your sets.