Every six months, we head to Bread & Butter Berlin to catch up with the coolest streetwear and denim brands on the planet and suss out the top new commercial trends. Our analysts are live on the ground, and here’s their pick of the top SS14 trends.

As we reported from Pitti Filati, texture is a trend gaining rapid pace as retailers compete to lure their sports luxe and minimalist customers. At Bread & Butter, an impressive array of subtly elaborate surfaces added interest to sweaters, tops and knit. The palette was muted, in ivory, grey, black and apricot and techniques such as embossing spoke of the future without being spacey.

Quilting has been a mammoth winter trend for two years, and we spotted examples throughout the show. The best updates came in fancy prints and more luxurious fabrics. New online product arrivals for Fall 2012 were up 7% from the winter before, but SS13 grew its number of quilted products by 11.7% from SS12, evidence there’s still plenty of time for retailers to take action! Clever knitted pieces creating texture with patterning is one approach that Topshop have done well with recently – their £38 quilt effect knit comes in four shades and the first delivery of grey sold out in 8 days online!

The trend for considered and elaborate surface is one which designers backed in their Fall 2014 collections in February. Tricking the eye, Pringle’s knits had their patterns printed upon them and one Argyle-esque sweater on closer inspection was a woven jacquard. Phillip Lim experimented with the trend too, taking his motorcycle theme to luxe levels via embossing of lustrous fabrics (right).

The next most prominent theme was a deconstructed luxury, where distressed prints were applied to premium fabrics or juxtaposed against polished embellishment. The trend leans heavily on subtle, non-figurative photographic or graphic prints and is accompanied by unexpected textures on luxe fabrics. This is the kind of dishevelled urbanism that premium brands Religion and All Saints excel with. Religion’s £65 printed dress, sold at ASOS, features a distressed animal print in greys. The retailer began selling the garment in November 2012 and have continued to restock it each of the three times it has sold through, most recently last month. The dress is still not discontinued and has never seen discounting.

High end designers are also experimenting with a peeling back of luxury, with Balenciaga presenting cracked leathers and a kind of rough marble effect print for Fall 2014. Mary Katrantzou’s collection was thematically darker than normal, featuring eerie scenes and a crackled metallic jacquard. Also for 2014, Alexander Wang showed a selection of metallic and sequinned fabrics with a distressed print – and if anyone knows how to make a trend, it’s Wang!

Bread & Butter reinforced another of Pitti’s trends, in the proliferation of space dyed knits. Predominantly sorbet-toned, we spotted womenswear garments at YAS, Yerse and Solid. The most exciting versions were more than two-tone, throwing a paint box of shades into the yarn mix.

Space dye knits are new to the market, but are still a growing commercial trend. There was a 130% increase in new product arrivals in June 2013 compare to June 2012. Of the products which arrived last month, 19% have sold out already – a higher rate of sell-through than discounting, even in a dense sales period. New Look are championing this trend for the mass market, with 30 space dyed products currently online. The best seller of those for Teens has been a £12.99 midi dress in coral, grey or navy. The mainline womenswear best-seller has been a grey maxi skirt at £16.99 which has sold out three times. The trend isn’t limited to the mass market however, with Issa introducing their $695 space dye skater dress at Shopbop last month.

This is a great womenswear trend, but that’s not to say the menswear market isn’t cashing in on this trend too. John Lawrence Sullivan showed a neon green and grey space dyed knit in his Paris menswear Fall 2013 collection. High street menswear has followed suit, Topman dropped their wine coloured, £20 space dyed tee on the 27th June.

Kenzo and Opening Ceremony’s superbly commercial tiger sweater (of which the first arrivals at $290 in Barney’s in August 2012 sold out in just four days) has inspired a raft of similar products. Bread & Butter has shown this trend isn’t going anywhere for SS14. Bold printed or embroidered tiger faces on t-shirts or sweaters were seen at many womenswear retailers, including Only and Vero Moda. Aside from the Kenzo original, (which is still retailing, now for men too) Topshop, New Look, ASOS, Dorothy Perkins, Next and Forever 21 all have womenswear versions currently on the market – placing the trend at a mass market price point. For menswear however, a £60 tiger faced t-shirt from Sons of Heroes is selling well at Harvey Nichols.

If tiger faces don’t float your boat, the animal kingdom is giving you another chance with leopard print – a trend that just won’t fade. For SS14, the print was seen on shoes, tops, hats and outerwear with colour updates and in knitted interpretations. More experimental versions were seen on denims and in subtle prints that only revealed themselves as leopard on close inspection.

And if that wasn’t encouragement enough to get planning on your SS14 collection or own wardrobe, we’ll throw in a wildcard. Bum bags are back. This time in slick leathers, we blame the festival crowd for their re-emergence. They’re certainly convenient and the number of consumer mentions has been growing steadily in the last four months…

Stay tuned for our pick of the Top Brands at Bread & Butter on Monday. We’ll uncover the newest talent and reveal the big developments from old favourites. 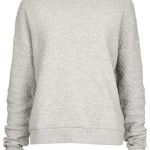 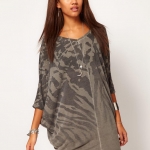 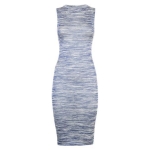