The Queen’s Diamond Jubilee marked a big weekend for the UK, both in scale (a whopping four day bank holiday) and occasion, with street parties nationwide as well as London’s official events. It’s true, the UK isn’t short of events in the calendar to tout this year, what with the Olympics and their part in the Euro 2012 football. Yet the froth and fancy surrounding the Jubilee lent itself to promoting womenswear. So which retailers were onboard and raking in the royalties?

The first out of the stocks with a Jubilee-themed newsletter was George at Asda, who sent the first of two on the 10th May. They had good cause to start the preparation early, as they’d stocked up on Union Jack festooned product – and it worked a treat. The supermarket retailer offered products for all the family, including a £6 Union Jack design dress for girls which sold out of six sizes in two days. A men’s £6 trilby hat sold out of its two sizes in three days and a corgi-graphic women’s t-shirt sold out of an impressive nine sizes in two days. Success, too, for the £8 Union Jack heart t-shirt which also sold out of nine sizes having been featured on the homepage since the 22nd May. The subtler £25 teal dress which featured in a newsletter campaign entitled “Feel like a real Princess” (and had no flag adornment) didn’t fare as well, but still sold out in four of its seven sizes. So brash did best for George, could a similar pattern be seen elsewhere?

ASOS, who promoted a 20% discount for the bank holiday weekend, saw the reduced Religion Union Jack Bib top sell out at £30. Uniqlo pulled together an impressive homepage, featuring a Union Jack assembled from red, white and blue polo shirts. The men’s polos sold out in red in four sizes and blue in all five sizes. The women’s £29.90 polo dress also sold out of two sizes. Meanwhile, Debenham’s  floral No.1 dress from their Jenny Packham collaboration featured in their Jubilee themed 28th May newsletter. At £95 it is still to sell out of any sizes (and features no flags).  Selfridges saw no clothing sell outs from their two Jubilee themed newsletters, despite re-merchandising existing ‘exclusive’ product which fit into the red, white and blue theme. Jaeger’s very tasteful and on-trend digital print Diamond range launched especially for the Jubilee. Comprising of a diamond printed dress, jacket and trouser, the range featured in a newsletter on the 30th May. However, bar the dress, the line didn’t arrive online until the 2nd June. Perhaps this missed the boat (or flotilla?) as no product lines have yet seen sell out.

My-wardrobe were one of the few retailers whose subtler approach worked well. They sent out two Jubilee newsletters – each recommending outfits for the range of weekend events. On the 25th May their newsletter featured a £585 Halston Heritage gown which is now sold out in four of its five sizes. Their next newsletter on the 28th did well too, with sell outs of not only a Helmut Lang dress, but a two-size sell out of the £330 Tibi lace shift, restocked at the same time as the promotion having already sold out once.

It seems fitting that the quintessential British institution, Liberty, should have Jubilee success, and with a scarf too. Their crown print £150 Jubilee Scarf featured in the 30th May newsletter and has sold out twice now in black and once in pink.

In addition to product sell outs following successful visual merchandising, our commercial database also tracks 210 products with the word ‘Jubilee’ in the title. The most common categories are dresses and socks, with Topshop and John Lewis being the two retailers with the highest percentage of Jubilee-named products.

So, many retailers got in on the game, but the real crown jewels went to those who braved the brashness of the Union Jack and went full-throttle Jubilee. That might be worth bearing in mind for the upcoming Games. Olympic rings anyone? 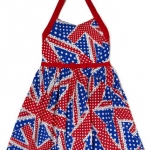 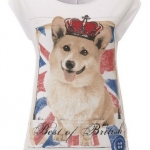 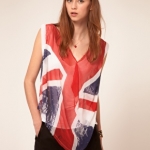 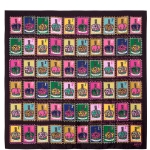 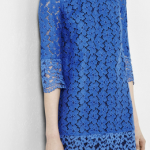