The homeware market is now worth $226m in the US, and it’s one that fashion-first retailers are starting to take a hearty slice of.

Brands are now selling a lifestyle that stretches far beyond clothes and encompasses our living spaces.

They want to become a one-stop shop for customers and are utilizing an existing customer-base to sell homeware successfully.

Last year, H&M expanded its modest range of candles, ceramics and cushion covers into Scandi-perfect furniture and lighting, and opened its first interiors-only concept store in April 2019. Around the same time Zara announced plans to incorporate the currently-separate Zara Home into its stores, and stock homeware goods on the Zara website by 2020. In January 2019, ASOS released their first homeware collection – ASOS Supply – which features on-trend pieces for those on a budget.

And it’s not just mass-market retailers who are getting in on interiors, luxury brands are too. In 2017 Gucci launched Gucci Décor, where customers can splurge on a $3,000 embroidered tiger chair. Fashion retailers aren’t just moving into the homeware sector, they are disrupting it.

Get real-time insight into the most commercially viable products and homeware trends worldwide. Explore homeware here.

#Homeinspo and the rise of ‘the lifestyle’

Fashion’s move in on homewares has a lot to do with ‘inspo’ culture. The same people that are posting #OOTDs on Instagram, are now showing their followers the print they purchased or that tortoiseshell vase they bought at the farmer’s market. The popular hashtag #homeinspo has been used over 3.6m times.

Better connectivity is blurring the lines between where style stops and starts – and it isn’t only when you walk in the door. These days, a house is an extension of people’s style and if the whole world is going to see it, it better look good.  “Like fashion, interiors are a way to express personality and style,” Camilla Henriksson, head of marketing and communication at H&M Home, told Drapers.

Customers are after the entire lifestyle, not just the dress. This leaves a tidy space for fashion brands to insert their homeware edits.

Retailers are becoming a one-stop shop for customers

Moving into other sectors also provides a good opportunity to strengthen brand awareness. By tapping the homeware market, H&M Home has the potential to add a legion of homeware fanatics to their existing customer base.

In 2018, H&M predicted sales to increase by at least 25% per year, reaching over 50bn Swedish krona ($6.2bn) by 2022. And it’s an outlook that is mimicked by dozens of other retailers that have moved into homeware. The success of these expansions comes from the brands’ well-established customer bases. Those who have many loyal and trusting customers ready and waiting to buy up their next launch.

The young demographic of their customers is also important when considering why their fashion-forward, well-priced homeware is being so well-received. According to Mintel, ‘Generation Rent’ aren’t looking to buy furniture or carpets for a forever home – most rentals come furnished. Instead, they want small, affordable touches to personalize their space such as lighting, wall hangings, rugs and cushions. They need to be purse-friendly, stylish enough for Instagram quick-wins, and easily maneuverable for the next move.

So, how are core homeware retailers keeping up?

And it goes both ways. Core homeware retailers are releasing the potential of having a fashionable influence on board, and the enormous market they can tap into with collaborations. In fact, Habitat teamed up with Shrimps to release a range of soft furnishings featuring the brand’s signature doodles. Similarly, IKEA teamed with Off White to create a homeware line which reads like pieces from a contemporary art exhibition. The collection doesn’t officially drop until November but rugs bought in pre-sale pops are already being resold online for thousands.

The growth of interiors and lifestyle culture on social media, a customer base of hard-on-cash renters, and the edge of trend-focused ranges, has allowed fashion retailers to enter the homeware market with a bang. And only time will tell if it will go the other way. Would you collab with IKEA to launch a range of apparel to go alongside homeware? Who wouldn’t buy an IKEA cashmere jumper?

Like this retail insider knowledge article? Explore EDITED for homeware to get a 360 view of the homeware market from retailers’ and brands across the market. 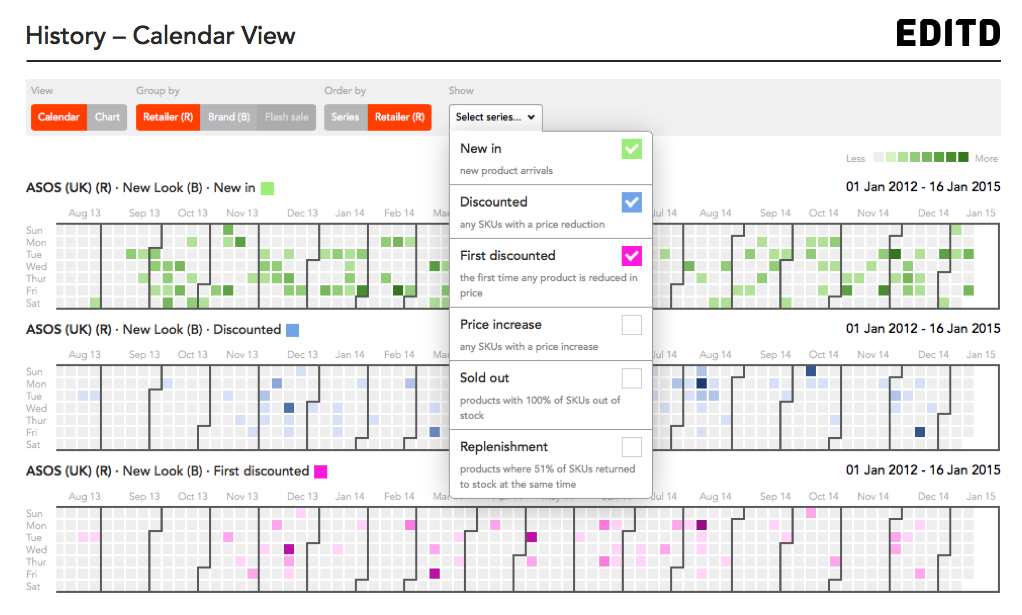 Request a live demo with one of our product specialists.
GET A DEMO   →