Many years ago, actresses and actors of the silver screen were seen as glamorous gods, equally revered and admired by their adoring fans. This was a time long before knicker-less party antics and internet sex tapes were spread virally online, a time when the press depicted the stars as wholesome and inaccessible, imbuing them with mystique.

That’s not to say that these stars were angels by any means, just that their public image was monitored in the most regimented way by the Hollywood film studios. Leading photographers from each era were brought in to capture the stars in well thought out scenarios, these images were then distributed by the studios, offering the only tangible link between actors and fans. To enable the photographs to be reproduced as widely as possible for publicity they were stamped ‘copyright free’. While this did aid in the spread of the images globally, it resulted in many pivotal studio photographers remaining un-credited for creating timeless and career-defining portraits.

A rare collection of these portraits is now on display at the National Portrait Gallery London, with most of the images drawn from the archive of the John Kobal Foundation. Photographs will include portraits of Marlene Dietrich, James Dean, Joan Collins, Marlon Brando, Elizabeth Taylor and Marilyn Monroe by nearly 40 photographers including George Hurrell, Clarence Sinclair Bull, Laszlo Willinger, Bob Coburn and Ruth Harriet Louise. 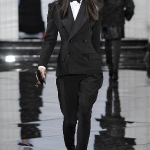 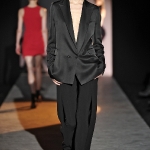 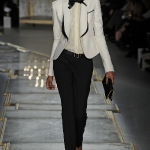 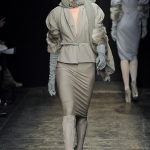 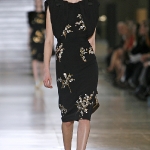 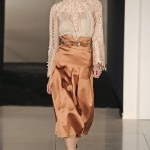 The collection includes images spanning the 1920’s to 1960’s, and are a wonderful reflection of the masculine / feminine theme from the AW11/12 collections. On the masculine side, Ralph Lauren, Hakaan and Jason Wu featured formal sharply tailored suits and crisp white shirts, alongside tuxedo influences. Garments ranged from office wear to outfits suitable for eveningwear, most with tailored waists to form fit the female silhouette.

To contrast this the feminine styles of the AW11/12 catwalks featured womanly shapes with grown-up, sexual allure with a dose of ladylike reserve. Designers including Miu Miu and Temperly drew on an amalgamation of eras, including the 1930s for romantic tea dress styles and the swinging sixties for more body skimming styles.

The exhibition runs until 23 October 2011 and is well worth a look if you are in London, particularly on a drizzly bank holiday weekend.