With the influx of ladylike looks and grown-up-gal garms we’ve seen lately, we thought it was time to let our hair down and lift our hemlines up. Something’s a-happening, shapes are shifting and reference books of the Swinging Sixties are being plundered by design departments across the globe. Add into the mix further homages to the era with the launch of Pan Am (starring Christina Ricci as trolley-dolly supreme) and next year’s release of We’ll Take Manhattan (charting the epic romance of photographer David Bailey and model of the time Jean Shrimpton) and dare I say it, we have ourselves a trend.

The shift dress was first donned by flapper girls in the 1920s who wanted greater freedom of movement for their wild nights of partying. It reemerged on the rebellious mods and Dolly-girls forty years later; when youth culture redefined the lengths of fashion. Both periods known for their female emancipation, does this mean the garment’s appearance on the AW11/12 catwalks is a sign that we’re going from the noughties into the naughties, or has the garment been rewritten into something altogether more refined?

The Autumn/Winter catwalks saw a varied reworking of the timeless silhouette. Prada’s 20s/60s mash-up resulted in drop-waisted shifts, large buttons and Mondrian graphics in a washed-out paintbox palette. At Michael Kors, clean lines in neutral tones of fur and leather gave the shape a sleek, minimal twist, which was also alluded to at Blumarine but in a punchier palette. Alberta Ferretti showed sleeved versions, as did Jaeger London on their military detailed shifts. 3.1 Phillip Lim included a particularly lovely pea-green, sleeved shift in their collection, which at £580 has already seen retail success at Net-a-porter, having sold out in three sizes within a day of dropping into store.

The highstreet has reacted quickly and with flair, not only visiting the colour-blocked and minimal styles seen on the catwalks, but adding to the garment’s universal appeal with prints and texture. Topshop‘s timely release of their £55 Animal Structured Shift Dress was snapped up by TOWIE star Amy Childs before entering the Celebrity Big Brother house last week. Appearing on screen, the garment is now sold out in four of its six sizes, yet more confirmation that those Essex folk have sales magnestism… Combining the shift trend, with one for winter florals, Dorothy Perkins have also hit gold with their £29.50 Black Floral Shift Dress, which sold out in three weeks across four sizes.

ASOS have backed the trend heavily and with a plethora of styles across over 250 products. Their £40 Lace Shift Dress has an Arts and Crafts feel, whilst their Colour Block Shift Dress speaks more of Scuba. At the top end of the highstreet, we have Whistles with their £295 Neon Lace Dress sold out in four sizes. Not only is this garment a simple shape to manufacture, in a-line styles its also a versatile garment to fit, both factors which should speak volumes to retailers. With over 100 new shift dresses appearing on our tracking system within the last 7 days, it’s safe to say this trend is sticking around. 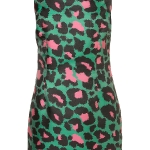 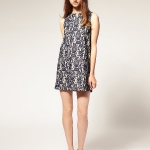 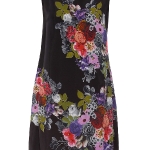 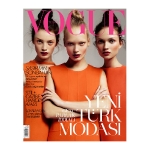 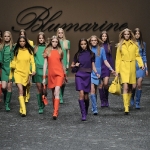 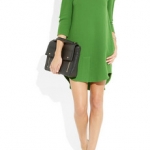