We’ve completed Day 2, pacing the aisles of Europe’s most influential street wear and denim tradeshow, Bread & Butter, to bring you the lowdown on the freshest trends rocking the retail world. Yesterday’s top spot were the animal prints prowling around the Berlin venue. And if you thought that was attitude-enough, think again! Day 2’s trend pick packs in a whole lot more swagger…

Bread & Butter can always be replied upon to turf up street wear from the bleeding edge of cool, and the AW 13/14 season is no different. The venue’s achingly cool visitors and buzzing atmosphere could convince even the most conservative of buyers to reach for neon hi-tops. So, let’s trust in the exhibiting brands’ visions of what’s to come.

During Day 2, we noted a prevalence of utilitarian basics gone bratty – bear with us while we explain! Think tried and tested street wear staples (sweatshirts, button-down shirts, sneakers and bombers), then render them in a urban palette of greys, blues and khaki. Finally, and crucially, throw a tantrum befitting of your 13 year old niece. Throw rhinestones where they do not belong, chuck studs by the handful and make solipsistic proclamations at the top of your lungs. The “I don’t do swag” washed out sweatshirt shown by the normally well-mannered Danish dudes, Anerkjendt, captures this perfectly.

This trend spans men’s and womenswear, with brash Berlin brand The Shit showing us how it’s done. For starters, their name. Secondly, their wild-child jumpers which declare ‘PFUI’; German for ‘ugh’. Also paying homage to this don’t-tell-me-to-behave trend was Boom Bap’s cheeky YSL slogan, ‘Your Life Sucks’, spray painted onto a quilted jacket. Mimicry of high end brands is somewhat of a sport for street wear and alongside YSL, Chanel has put up with some tongue in cheek slack at this year’s tradeshow. Close to the bone language also creates instant shock factor, appealing to the rebellious youth market.

This trend has legs beyond that brash young consumer though. Utilitarian pieces with luxe detailing opens the story up to a wider market. Interest can be added with unexpected textures and print panels, as with Gsus’s quilted shirt jacket featuring camouflage elbow pathces, collar and pockets. It’s a look championed by popular English rapper, Tinie Tempah, and fits in with the aesthetic that’s commercially successful within menswear right now.

It’s reassuring that the brands and retailers at Bread & Butter are responding to what’s working well commercially – a sign that they understand their consumers, and buyers. EDITD’s Top Mover reports from last month reveal slogan t-shirts to be amongst the fastest selling tops on the market. Boohoo‘s ‘Dope’ cropped t-shirt sold out of all sizes across two colourways in just four days mid-December. Forever 21’s £8.75 ‘Got to have faith’ tee sold through in less than a month and Boy London’s £45 t-shirt bearing their popular ‘Boy’ logo sold out at Selfridges in two weeks.

For buyers to be drawn to exhibitors stock, brands and retailers need to play up the familiarity while moving a trend story forward. Loud-mouth Utility does exactly this and ties in with Bread & Butter’s AW13/14 slogan: Reloaded to be big. Watch out.

Read all about the Day 1 trends here. 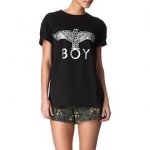 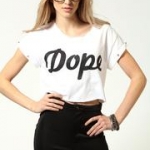 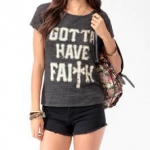 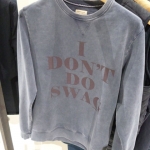 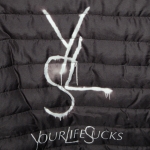 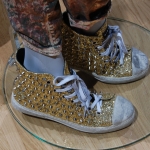