We’re signing off from the final day at Bread & Butter Berlin, where we’ve absorbed all the latest street and denim trends for Autumn/Winter 13/14. It’s been an exciting few days, packed full of industry optimism, slickly executed presentation and innovative developments. One particularly unusual incident was the attendance of Princesses Beatrice and Eugenie on the final day – not known for their street wear passion, the princesses were on a tour to promote tourism in Great Britain. Royalty aside, let’s see which trend spoke loudest on day 3.

Before we share the top Bread & Butter brands championing this trend, let’s roll back the fashion calendar. During the SS13 shows in September, the fashion world received an alien invasion from light years away. The Sci-fi trend landed, and very quickly settled into fashion’s lexicon for the season. Burberry, Pam Hogg, Alexander McQueen and Jonathan Saunders were just a few who surrendered their lines to extra-terrestrial creations. Metallic fabrics, origami folds, cutaway panelling and heavy embellishments all featured on garments about to land in stores any day.

Brands and retailers took immediate notice, many reacting in time for AW 12/13  to capitalise on the consumer interest the shows stirred. It’s a trend that shows early signs of selling well. In the Top Mover reports that EDITD customers receive each month, elements of the trend sold well across categories and price points. Included in the mix of global bestsellers was Alice McCall‘s £398 gold lurex dress sold out in three weeks of its December arrival at ASOS. Topshop‘s £55 snazzy crystal studded planet jumper also flew out, selling through in just ten days. The first drop of Jigsaw‘s £115 lurex-flecked tweed skirt sold out in just seven days at the start of December.

Given the early commercial success and  high end backing, we were pleased to see other market sectors getting onboard with the Intergalactic trend at Bread & Butter. There’s a lot of scope within the street wear and sports markets; street style is already referencing the trend with neons, futuristic fabrications and cartoonish accessorising, a sure sign the youth market will latch on. Consumer sentiment towards one of the trend’s most accessible references runs exceptionally high: 60% of online mentions towards lurex so far this month have been positive. We rarely see such high sentiment, listen up retailers!

So what did the brands at Bread & Butter have for us? In the abundance of glittery or metallic knits, we especially liked Soaked in Luxury‘s chain-mail-esque weave which will appeal to a wide customer base. We also commend the brand’s futuristic approach to manufacture, with 9 fixed drops a year but the ability to turnaround additional trend led pieces at the speed of light.

Outside of knitwear, footwear brands gave the trend considerable investment. Direct referencing could be seen in Rubber Duck‘s madcap moonboots. In bright shades and with clashing panelling, these are bold snow shoes for the young at heart. Swedish footwear brand, Friis and Company, showed glittery Chelsea boots which will be a consumer crowd-pleaser, as they update an extremely popular style, making a true statement piece.

The key to the Intergalactic Invasion lies in bright shades, luminescent surfaces and unexpected textures. Who knows, it may even get the Royal seal of approval… 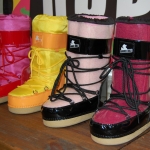 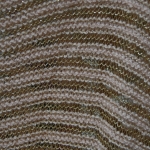 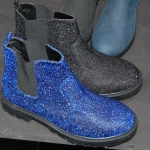 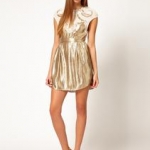 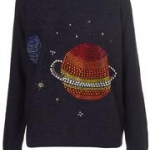 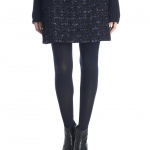