When Hilary Alexander tweeted that ‘fashion is a zoo!’ she wasn’t referring to the latest designer diva gossip. Instead, she was commenting on the AW12/13 creatures that are flooding department stores, boutiques and high street chains in recent weeks. This time last year it was all about the bird print, with Mulberry and Miu Miu’s ornithological AW11/12 collections. They sold well for the designers and the high street enjoyed the inspiration. As Fall strikes again, who is steering our animal instincts and what’s selling well early?

It seems that Mulberry and Miu Miu’s successes last Autumn were well noted by the high end, because the animal print was out in full force for AW12/13. This season however, they were mostly placements and motifs rather than all-overs. Burberry‘s cartoonish owl will be an iconic figurehead for the trend. The motif was placed on casual t-shirts and knitwear, mostly sketched and occasionally bejewelled. This was a really smart move from the brand which appeals to a huge range of consumers without necessarily catering to all price points. The garment enables a larger market to buy into the brand (at a £195 price point) without devaluing the core collection: the t-shirt stands out with its witty look, rather than fits in with the high priced coats and dresses.

Burberry weren’t the only brand to pay homage to the wild. In fact, animals sprung up across the fashion capitals. There were bats at Meadham Kirchhoff, tigers at Kenzo, foxes at Orla Kiely, horses at Mary Katrantzou and unicorns at Jeremy Scott. Add to that horses at Massimo Rebecchi, greyhounds at David Koma and cats at Peter Som and it seems Hilary Alexander wasn’t joking. So, how did the menagerie translate commercially?

Consumer sentiment towards each of the creatures is relatively even, with foxes and tigers taking the slight lead. Volume of chatter differs significantly however. As is to be expected, ‘tiger print’ is the most talked about, being somewhat seasonless. It’s interesting to see that dog prints are more talked-about than cats  (this could be seen in Antipodium‘s dog prints selling quicker at ASOS earlier in the year than the cat prints). Owls are more popular than the other woodland creature on the scene; foxes. It’s worth noting the origin of this trend as being one that’s bubbled up from craft and independent design scenes who have been using woodland creatures in their imagery for the last few years. Sites like Etsy are awash with fox and owl illustrations of the same breed as those now on designer wares.

So consumers are talking, but is there product to cater to their interest? Tiger prints are the largest category of new online arrivals, with 367 new products arriving online globally in the last 30 days. Meanwhile, there have been 139 new fox prints and 196 new owl products – apt given that consumers favour owls. There have been 99 new dog print products arrive online in the last 30 days, compared to 95 cat prints. And which is selling best?

Owl prints rule the animal retail kingdom this Autumn – having seen lightning speed sell outs across a spread of prices. Burberry deserves their success having instigated the trend. Their £1,595 wool and cashmere jewelled owl jumper has sold out of three of its four sizes at Net-a-Porter, as has the £895 instarsia knit version, which came online on the 7th August. Burberry themselves only have large left in the £195 t-shirt, which arrived on their site on the 30th June. Miss Selfridge were one of the earliest to shop-floor with their own owl take; a £37 knitted grey jumper with pink owl emblem. It arrived instore on the 6th May and was sold out by mid-August. George at Asda, Next and New Look all enjoyed August/September fast sell outs of their owl knits too. ASOS have cleverly styled their £30 owl jumper, which recalled the Burberry collection’s feel. That worked for their fashion savvy customer, the jumper was sold out in a week.

Fox emblems may not have been used by as many brands and retailers, but they have a higher price distribution than owl emblazoned product  (whose high-end backer is only Burberry). Peter Jensen‘s fox intarsia crew neck, which is £165 at ASOS, arrived online on the 21st August and is already out of stock of three of its four sizes. Aubin & Wills’ £125 Portland fox intarsia arrived online on the 16th August and is now sold out, whilst Simeon Farrar‘s £55 Fantastic Mr Fox tee at ASOS only remains instock in one size a little over two weeks after delivery.

Reflecting consumer sentiment being keener towards dog prints than cats, (and showing the worth in listening to such stats!) canines have been leaving stores far quicker. At Topshop, the £18 sausage dog shorts and tee set that arrived in June was sold out by the 15th August. ASOS saw a faster sell through with their £25 sausage dog t-shirt by People Tree. It was instock for 18 days from late August. Burberry included a sketched terrier print in their menswear Prorsum collection, which arrived on a t-shirt on the 15th August at Mr Porter for £186. It soon increased to £195 and is currently out of stock of half of its sizes. Cats meanwhile purr along more slowly, with current interest being seen in the £565 Charlotte Olympia kitty loafers at Net-a-Porter, which arrived mid-August and have sold 3 of their 14 sizes.

Then there’s the tigers, who don’t take the same whimsical, sketchy form as the other critters, but still pack some serious commercial power. Kenzo‘s $290 embroidered tiger sweaters sold out in five days at Barneys and Topshop have seen huge success with their tiger-faced £26 skater dress, which sold out in 4 days at the end of July and on restock in August sold out again in 15 days. Miss Selfridge’s £39 printed tiger sweater and New Look’s 2/4 sleeve tiger print top both cleared easily without any reductions.

The critters are selling well, but retailers could latch onto the demand better. We’ve seen very few examples of the animal story in visual merchandising and newsletter output. Step your game up retailers, you’re sure to win!

Animal motifs are quirky without being too full-on and serve as an easier way to tackle the print overload that’s taking over fashion right now. With Mulberry’s monsters creeping in and Sophie Hulme’s dinosaur prints, this trend will most likely descend further into whimsy yet. Cartoonish film releases this year from Batman, The Avengers and Spiderman give high precedent to a bit of child-like escapism, further supported by Warner Bros announcement last month that they will be expanding their licensing to build their fashion business further. So is it time to shrug off those florals? 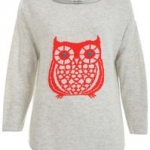 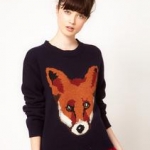 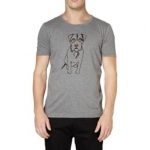 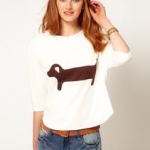 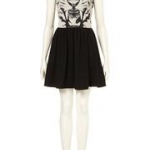 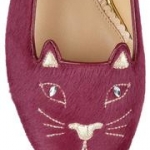