Charity – a hot topic this week following David Beckham’s donation of his £3 million pay check from Paris St-Germain to a children’s charity. Fashion and charity have long been good friends, racking up play dates at charitable fashion shows, dressing the stylish attendees of fundraising functions or collaborating on product lines to generate profits. Maybe it’s the consumer mindset involved in fashion which so perfectly pairs the act of purchase with the act of giving; fashion is indulgent and apart from the essentials, doesn’t fall into the remit of critical-spend. Those who’ve never felt guilt pangs after a trend spend are few and far between, and it’s possibly this guilty conscience which entices generosity. But the industry, too, is positioned to feel a little guilt, given its waste and pollution. And fashion’s consumers are a great bunch for charities to target – their various demography is definable and they display signs of disposable income.

So, what ways are charitable organisations and fashion brands/retailers collaborating? And more to the point, what’s really working?

Let’s start with the t-shirt: the most visible form of philanthropic fashion. Charities latched onto the idea in the 80s, following the format being adopted by political sloganeering in the late 70s. Breast Cancer Awareness, Sports Relief, Jeans for Genes, Children in Need: many charities do a yearly update, with the most recent launch being Red Nose Day‘s 2013 range. Theirs maxes out on fashion-credentials, having being designed by Stella McCartney, photographed by Helena Christensen and Mary McCartney and featuring imagery of Kate Moss shot by Corrine Day. If that’s not enough, factor in that the range is modelled by Alexa Chung, David Gandy and Moss.

Other fashionable tees in the last 12 months have been delivered by Chloé for Harper’s Bazaar by Browns for the Women for Women charity. Arriving in Browns at the start of March 2012, the first batch sold out at full price, £40, in early July. A September restock has been reduced to £30 and is still available. Maison Martin Margiela‘s £50 AIDS t-shirt for Selfridges arrived instore on the 25th January, bearing the slogan “There is more action to be done to fight AIDS than to wear this t–shirt but it’s a good start”. That sentiment is appealing to consumers, with one of the three sizes already out of stock.

With a seemingly endless supply of charity tees on the market, it can take a little more magic to create something worthy of attention. But attention doesn’t necessarily translate into sales. Matches collaborated on a charity t-shirt range for homelessness charity, The Dispossessed Fund. Featuring 11 different designs across men’s and women’s tees, the t-shirts, all very different, were designed by Holly Fulton, Mary Katrantzou, Jonathan Saunders, Herself magazine, Roksanda Ilincic and J.W. Anderson and arrived instore on the 20th July 2012. The men’s tee from Mary Katrantzou (who has considerable online consumer interest) was the only one to sell through any sizes at full price. Many saw discounting of 75%.

Unsurprisingly, the £80 Dagmar t-shirt at ASOS didn’t entice either. Perhaps highlighting the box-ticking approach to charity gestures, Dagmar’s product was labelled on the ASOS site ‘Dagmar Printed Tee “With Charity Donation Of 10 Pounds”‘. Bizarrely, the description of the t-shirt failed to mention which charity. Consumers were unconvinced. Despite landing instore on the 17th September 2012, the garment is in stock in all sizes with a 55% price slash. A miss there for Dagmar.

So what does work? George at ASDA do well with their brightly coloured, sloganed and affordable products like £2 Pudsey Children in Need socks and £8 Tickled Pink slipper boots (which were restocked three times). Both products make a £1 donation to the featured charities. H&M’s Fashion Against Aids line has been running since 2005, with 43 products launched in 2012. Of those, 67% were restocked, but only 9 products received no discounting. The most successful were the cheaper items; a £3.99 rain poncho, a £2.99 ‘Fashion Against Aids’ tee and a £9.99 macramé halterneck top. 42% of the range saw discounting of 50% and higher, including items which were restocked after prices dropped, such as a £20 pair of denim shorts down to £13.

It appears that the best route to securing sales with this kind of collaboration is with easily affordable products which identify themselves as being charitable. But perhaps consumers are just over-exposed to this kind of effort?

A new model of giving-back has emerged which is seeing phenomenal success. As opposed to transparent corporate social responsibility approaches, there are brands and retailers placing social concern at the centre of their business model. Take Toms, with their ‘one for one’ movement – donating a pair of their cotton shoes for every purchase. The idea stemmed from a desire to eradicate a deforming foot disease in Ethiopia which is contracted by walking barefoot on silica-rich soil. Established in 2006, by 2012 the company had donated over 2 million pairs of shoes.

Eyewear company Warby Parker tapped into that model too. Whilst trying to revolutionise the US eyewear industry with their accessible yet stylish $95 glasses and shades, they also have a social mission to donate a pair for every purchase. The company, now almost three, is famed for beating its yearly sales forecast in 3 weeks and securing 500% growth in a year. Then there’s our favourites, Sevenly, who each week design one t-shirt for one organisation in need and donate $7 per sale. They create consumer demand by having a limited sale period and have already donated over $1.5m in two years and products have been shared across social networking sites over 4million times. There’s some pretty neat data kicking around there.

Given the level of discounting, consumers appear to have chilled to publicity stunt charity. But fashion and charity will always be linked, given the way consumers feel about their spending. Philanthropy and fashion work best when they’re bound to the very core of a business. Time to get clever folks! 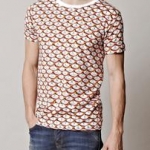 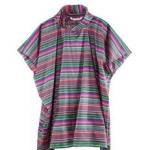 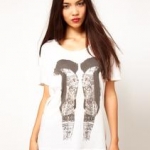