The digital journey that online imagery now takes has gone off the map. Impressions, shares, likes, reblogs and pins – the footprint of any picture is immeasurable. Their life span is pretty fleeting too: it takes a lot for an image to stay with us beyond a few weeks,  let alone all season. So, in comes fashion film advertising. It isn’t a new concept of course – there’s always been television for the likes of Chanel and Baz Luhrmann. But the latest rash of high-production, celebrity-featuring shorts, with their famed directors aren’t on TV, they’re online. Waiving the cost of a prime time slot, budgets appear to have been poured back into their production. It’s tantalising stuff. But are we buying?

High fashion lends itself to the screen – the luxury and glamour of the garments ooze cinematic references which make for sumptuous shots. The past few seasons have seen some stellar launches from Mulberry with Tim Walker, Proenza Schouler teaming with Harmony Korine and Miu Miu by Zoe Cassavetes. But within the confines of a blog post, let’s focus on SS12 releases.

Alber Elbaz’s vision for Lanvin can always be trusted to be on the money. His humour translates well for the dramatic brand and allows them to use their still imagery to create a stop-motion video. This season’s, shot by Steven Meisel, is decadent and youthful: not an easy combination. And it features some pretty jaw-dropping dresses. So how did they sell? The green Grecian safety pin dress at Ssense was priced $3,440 and arrived in store on the 1st of May -it’s already sold out of two of its four sizes. At Net-a-Porter, three sizes of a £3,231.80 ($5,000) pleated silk-blend tulle dress have sold out since its arrival on the 26th April. The vid also featured a dramatic looking eagle necklace which was stocked at Net-a-Porter for £1,140.56 and My Theresa for £1,195.00. Both have sold out. Well done Lanvin and Meisel!

So how did Meisel fare at Prada, who he also worked with this season? Prada’s hotrod themed SS12 collection leant itself to the lens, aptly staged in a car forecourt? The collection’s garments, interestingly, haven’t appeared at any online retailers (price point? delivery issues? exclusivity?). However, the synonymous flame shoes which are the first item to feature in the film, were carried by Nordstrom and Neiman Marcus amongst others. Priced at $890-$1554 they’ve flown, selling out in up to 11 sizes per style.

Victoria Beckham also made a sterling effort with her film short for her Victoria line by Quentin Jones. She created a starkly different voice for this collection, which translated into a fun and catchy video. It also made for some excellent sales. The featured £1,030.66 cat print silk crepe de chine dress has sold out of all but one size at Net-a-Porter since 4th April. The two tone tiered crepe dress, at £545.83, has sold out in all but the largest size too. Boutique 1 stocked the gathered neck tie dress at 591 Euros and have sold out of all sizes since landing instore mid-February.

So, yes, fashion film shorts work well for designer wares. But lately fast-fashion and high street retailers have been getting in on the game. Can garments which aren’t built for keeps really live up to the scrutiny of the medium? It seems so. Pull & Bear’s SS12 video saw summery beauties prancing on the beach on their latest looks. The featured mint green asymmetric dress at £29.99 sold out of all bar one size in 2 months. Another of Inditex’s brands, Zara, also put together a film for SS12 featuring its men’s and women’s wear. The men’s baroque printed shirt at £29.99 sold out in three of four sizes in just over a month. The striking women’s scarf print shorts sold out in all four sizes, in under a month at their £39.99 price point.

H&M pulled out all the stops with the film to promote their Marni collection this season: calling in Sophia Coppola to direct, creating a lavish and grown up atmosphere. The featured print dress with drawstring neckline sold out in three sizes at full price of £80. H&M may have over estimated the demand on the collaboration though (after recent success with the Versace collection perhaps?) as the majority of the range saw discounting after just three weeks.

Mango drafted in big guns too this season, starring Kate Moss in their SS12 film. The film first appeared online back in February and the featured £22.99 Aztec sweater has sold out of all three sizes.

So even high street retailers are able to use the format to their advantage. But when the garments they feature move so swiftly and are low priced, does the cost of the medium justify it? Well actually, its exactly this format which suits the new fast fashion shopper. Entertain them with direct product streaming and they’ll willingly share the message, too. It also gives high street retailers a chance to second guess which products are going to sell best and to place bigger orders to cater for them.

Speaking to WWD last week about Facebook advertising, Maureen Mullen of think tank L2 said that these kinds of advertising techniques shouldn’t be scrutinised for their return on investment, as traditional methods of advertising haven’t been either. “[Print ads] generate aspirational values for the brand, awareness, editorial mentions, and for the most part, Facebook should be held to the same measurement.” The same could be said of fashion films. The beauty of online is that everything is scalable and traceable: any brand can see how many times their video has been watched, can view the comments received and link through to their knowledge of sell through. If you have the data to hand, why wouldn’t you measure their success? 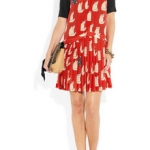 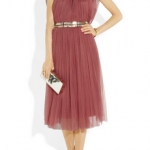 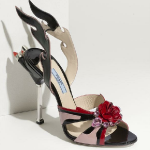 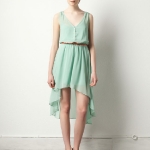 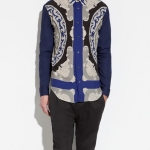 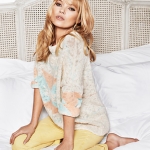