The growth in popularity of online streaming has seen fashion weeks reach an increasingly global audience, and emerging markets have instantly become more accessible. The opportunity for local brand talent to compete with the traditional big four (New York, London, Milan and Paris) is very quickly becoming a reality.

This week, Mercedes Benz Fashion Week Australia, held in Sydney, joins the global roster, vying for attention from international retail buyers. The event has certainly indicated that it’s a serious contender, with a new date (closer to the big four’s show dates), a new venue and every show live streamed via Mercedes Benz’s collaboration with online retailer Jasu. But just how likely are Australian brands and retailers to make it internationally?

The economic advantage
In a period of worldwide economic gloom, things are looking rosy for Australia, who officially haven’t been in recession for 21 years. In the fourth quarter of 2012, gross domestic product was up 0.6%, with a growing consumer spend on clothing.

Local economic climate, coupled with the lack of competition, has enticed international retailers to enter the market in the last couple of years (Topshop, Zara, Lululemon and Gap), with a host of others in transit, including H&M, Uniqlo, Abercrombie & Fitch and Whistles. With a population of just 22 million, Australia is already ASOS’s second biggest market outside the UK – speak to any local apparel retailer about their challenges and they’re sure to cite ASOS’s stronghold on their customers. Without a doubt the industry in Australia is changing, and internationals have detected that the market there is ripe for disruption. But can the country’s domestic brands and retailers achieve global reach?

What’s selling?
Using EDITD’s database, the world’s biggest warehouse of commercial apparel information, we can easily see which new products have already been restocked at Australian retailers this year – demonstrating high consumer demand and retailer confidence. The picture looks very similar to what’s working in the US and UK markets. The monochromatic stripes (at Dotti & Supré), the peplum skirts (The Iconic), denim dungarees (General Pants), the sleeveless printed blouses, the leather skirts, contrast sleeved leather look tops… are all staples of the international fashion scene. That the local consumer want the same stuff is a huge advantage to the Topshops & Zaras arriving in Australia.

And it appears to be a two-way street; Australian design is selling well to the international market. Net-a-Porter’s most recent investment in Australian young designer, Dion Lee, has been online since December and has seen no discounting. Instead, items such as the £935 printed stretch-silk dress (which is out of stock in three sizes) have sold well. The £795 cutout silk dress remains in stock in only one of five sizes. Australians sass & bide are also doing well at Net-a-Porter, with a £1,865 embellished dress selling out of two sizes at full price and an embellished tank top having been restocked three times.

The way forward
Although Australian retailers sell well on products similar to those in UK & US markets, this doesn’t mean that opening stores in northern hemisphere markets is an easy task. For starters, the UK has a crowded and competitive apparel marketplace, where even well established local retailers and expanding European players struggle, creating a hostile environment for new entrants. The climate difference also creates gaps in any southern hemisphere retailers’ assortment, posing a set back from the get-go.

However, there are Australian exports which have succeeded in expanding into other countries; Westfield’s shopping malls have been a worldwide success. Retailers Cotton On, Witchery and Country Road have all expanded into South Africa, with Cotton On also making tentative advances into the US where the presence of malls (largely absent from the UK’s retail landscape) is more in line with the Australian environment, as are the climate and lifestyle.

It’s the Australian brands that do have a good chance at making the international leap. By including transeasonal pieces within their ranges, international buyers can edit to suit their local customer’s needs and can merchandise in store with heavier-weight items from domestic designers when climate requires. In Sydney this week, Ellery did exactly that, including fur pieces in their SS14 range; pieces that would get little wear on their native streets. And as those Australian brands break into the international markets, they’ll spread awareness of Australian apparel on the whole. That’s got to be a win-win, right? 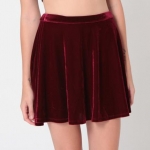 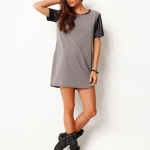