The bomber – a perfect transeasonal piece. Tougher than a cardigan, less investment than a leather jacket and certainly not a coat. It came as a welcome surprise when it turned up on catwalks last September, cutting a masculine shape reminiscent of the 90s. SS12 gave us a silky number in painterly checks at Roksanda Ilincic and a mustard version in buttery leather at Akris.

Written off as a faddy, fast-fashion trend, many buyers won’t have have forseen the commercial success of the garment. Yet it’s onboard for another outing come AW 12/13. Present in shows at each of the fashion capitals to have shown thus far, the bomber jackets may well be moving to staple status. Kicking off in New York was Derek Lam, with a wallpaper floral bomber in silk satin. Taking the torch across the water to London, were Christopher Raeburn with tweed and piping, Mulberry with their hip-hop-homage in quilted orange and Peter Pilotto‘s scaled-up puffer versions. Then this week, in Milan, Etro got all grown up with a fur interpretation. That’s a wide remit which could appeal to a vast array of consumers, but does the garment sell?

There have been 247 bomber products dropping in the past 30 days across the hundreds of online retailers we monitor, compared to 685 cropped jackets and 321 biker jackets, a sign perhaps that buyers are reluctant? When you start looking at consumer sentiment, a different story emerges. In the past 8 days amongst fashion influencers, there have been 1541 online mentions of bomber jackets compared to 830 people talking about biker jackets and a measly 210 mentions of cropped jackets. People are clearly enthusing about this garment, but do they invest?

Looking at products across three price levels is a good way of telling the trend’s longevity. If the garment has been adopted at each level, and is selling well, it’s a sure sign that the trend will be here to stay. We saw this in our skinny vs flared jeans investigation – it was flared jeans’ lack of price spread which meant the trend never fully kicked off.

We’ll be keeping our eyes peeled for bomber appearances as the next round of shows start today. Though we don’t need to place bets when the data speaks so clearly. Mark our words, bombers will be making waves in Paris too. 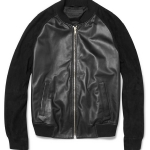 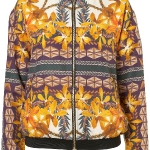 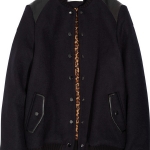