Those of you with a hawk eye may have noticed a recent flurry of feathered friends. In the past two seasons, bird prints have been flocking over and nesting into the fashion landscape, cropping up on catwalks, on celebrities and in high street stores. As whimsical as they are, will they have the staying power to convert into commercial success? Will they fight or take flight?

The first sign of our prey could perhaps be attributed to the eternal maverick, Alexander McQueen way-back-when, for in Autumn/Winter 2009 he showed M.C. Escher-esque optical prints on red satin dresses. From there, the migration spread to Miu Miu. Miuccia Prada, never one to shy away from the kitsch or downright absurd, took the motif under her wing in her Spring/Summer 2010 collection. Pairing swallow prints with cats and dogs, the look was playful and naive. The astute amongst the fashion industry should have picked up on these early warning signals, as notable bloggers were instantly on board.

From there, we speed towards Autumn/Winter 2011 for the latest update of flighty finery. Miu Miu again made playful use of the bird emblem, in giant, sequined form and also in a more painterly repeat on 40’s styled dresses. Mulberry too showed their own species, fully rendered as if straight from the pages of a technicolour encyclopedia. Their dropped waist, pussy bow necked dress would get the keenest of ornithologists hot under the collar. Our latest Close-to-Season report on animal motifs also spotlighted AW 11/12 collections from House of Holland, Orla Kiely and Jonathan Saunders as using birds within their prints. It would seem designers are backing the trend in their droves, but are consumers buying? 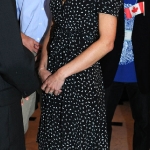 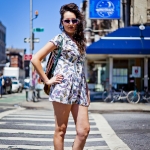 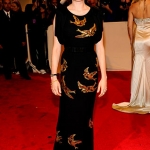 Dorothy Perkins were quick on the trail with their bird printed offerings, their black printed georgette blouse first dropped in early January and was out of stock in 4 sizes in as little as two weeks. The success of this was acted upon with a further swarm of bird printed garments; more blouses, jersey tops, maxi dresses and shift dresses, until more recently, on the 12th June, Dorothy Perkins dropped their Pink Bird Heart-Backed Dress, priced at £25, within 12 days it had sold out across four sizes. You’d be wrong to think the trend was saturated though; just last week ASOS dropped their Midi Dress with Bird Print from their new Autumn collection which is heavily inspired by Mulberry’s version. Priced at £50, the garment had sold out in sizes 8-14 within three days.  The dress featured in their Autumn campaigns, suggesting high initial stock levels and following the stockout, ASOS were quick to refill the garment which was restocked across the size range yesterday.

Both Topshop and Miss Selfridge are also enjoying the bird moment, with the former’s £59 chiffon printed dress by Yuki landing mid-May and selling out twice within two weeks of restocking. Currently back in stock, Topshop have twigged that the birds will be with us through the Autumn.

The success of the high street versions is an early indication of the power the designer pieces will have as they hit stores in the coming weeks. With even HRH Kate Middleton stepping out in a bird printed number by Issa (and we all know her influence and selling power when it comes to sartorial decisions), consumers are onboard ahead of the flurry. Listen up, retailers considering the trend should do so swiftly. 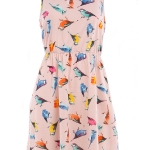 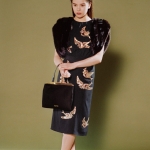 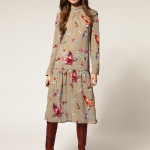