The theme of last Monday’s Costume Institute annual Met Gala was selected to celebrate the opening of the Metropolitan Museum of Art’s ‘PUNK:Chaos to Couture‘ exhibition which runs until August. Consumers and the media tuned in to watch online; their comments on social networks displaying varying degrees of horror and amusement. As beautiful and normally preened A-listers made token and ill-informed references towards the street subculture, it made for cringeworthy viewing which has already spawned a series of viral memes (Robin Williams, you’re our winner).

It goes against the whole ethos of the punk movement to have an organised dress code, particularly amongst such a group of mainstream icons. Certainly the night wasn’t without its triumphs – Dree Hemingway, Abbey Lee Kershaw, Vivienne Westwood and Zandra Rhodes brought along the attitude critical to the style – but in the most part, token scraps of tartan, smatterings of studs and a generous application of kohl were as punk as it got. Which is a shame, because punk cropped up as one of AW 13/14’s key trends on the February catwalks.

It’s been backed for Fall by high-end designers around the globe. Jeremy Scott and Rodarte got anti-authoritarian in New York, Clements Ribeiro gave attitude with black lace and tartan, David Koma and Versace purred seductively with patent leathers and Saint Laurent gave a little Parisian insouciance. Not on the radar for SS13, it’s a trend that has arrived rapidly, seemingly without warning as a reaction against the super-slick and expensive feel of sports-luxe. It’s a useful trend for moving the AW12/13 gothic and fetish looks forward and yet it exudes far less glamour, so is an unlikely choice for the luxury market.

The mass market has latched on at lightning speed. There are already 420 items with the word “Punk” in their product name available at global online retailers. The trend was only ever a short hop away with the recent popularity of attitude-lade slogan tees. Since the start of May, Topshop have introduced a £58 quilted red leather-look bomber, a £32 copper and black cage bikini (sold out in size 14) and a £40 fishnet studded corset. New Look have introduced a £17.99 buckled kilt skirt and a £22.99 distressed knit by 18 and East since the beginning of the month. High-end, too, are making the most of demand by getting trend-referencing items in-store ASAP; Net-a-Porter have done so by stocking Paige Denim’s £260 red and black striped skinny jeans this month.

It’s not just new product arrivals either, the trend is already selling well – and across price points. Topshop’s £22 mesh wetlook leggings with panels first arrived on the 28th February (demonstrating they were developing the trend in sync with high end designers) and have already been restocked following sell through. Tripp NYC’s £88 Wild Child Tartan Biker Jacket at ASOS is on it’s third stock since first being seen on the 16th January. The high street market is ideally set up to maximise on this trend – consumers can mix and match low cost items to create their own takes, and the pricing even justifies customisation and experimentation.

But as bemused consumers’ attention surrounding designer ‘punk’ looks at the Met Gala showed, it’s luxury who should have approached this trend most cautiously. The high-street’s fast reaction time is absorbing the attention from February’s shows before branded product is ready for retailing . High-end fashion should always be careful about turning its back on the refined and well-crafted characteristics which separate it as an industry; sports luxe has done so well for a reason. If you’re not a luxury brand built around punk ethos, like Vivienne Westwood or Katharine Hamnett, then referencing street subculture can look gimmicky and will be short-lived.

Of course, designers knew the Met Museum’s exhibition would drum up attention around the punk theme and plotted this in their calendars, in the same way futurists do around film releases and upcoming events. But the problem with this method of forecasting is that by the time the event has actually happened (or by the time Great Gatsby finally comes out) the interest has stagnated and the theme appears staid and contrived. Retailers dealing with this well are operating on shorter lead times so their product offering can reflect real-time consumer interest. The luxury market needs to focus on its strengths – their craftmanship, their branding and their consumer experience – and not get caught up in slipstream trends. And Madonna just needs to stay away from plaid. 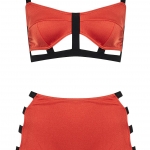 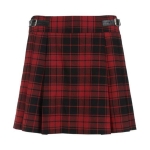 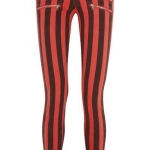