Of course fashion and art are, and will always be, inextricably linked. Haute couture and its buyers are a subset of the art world; indeed, much of that stuff is unwearable and exists as fashion for fashion’s sake. But fashion, as an industry, has a money-making agenda, so how do art and apparel collaborations fare commercially?

Involved in the British Fashion Council’s Britain Creates (which matched UK designers with artists in celebration of the Olympics), Jonathan Saunders’ on-the-money comment sums up the dichotomy: “Fashion is a business, I am in the service industry. My job is about meeting consumers’ needs, which is totally different from fine art, which is about personal expression.” So how can that difference be best employed?

High-end collaborations with artists are an obvious start-point, under-pining the haute appeal of luxury. Louis Vuitton are experts in this, regularly teaming up with international artists, including 2012’s union with Japanese artist Yayoi Kusama which was cleverly timed for July 2012, arriving in Selfridges soon after the artist’s Tate Modern retrospective closed. Of course, it lead to repeated sell-outs and was touted as the ‘most successful art union of all time’. The beauty of the collection was that the artist’s trademark polka dots were a huge trend for the season.

But Louis Vuitton aren’t the only high-end brand in the art game. Way back in 2002, Longchamp collaborated with Tracey Emin, whose ‘International Woman’ carryall still graces the front row from time to time.  Recent pairings come from Yoko Ono’s controversial collection for Opening Ceremony, while each season Mother of Pearl teams up with a resident artist to create beautiful prints. Their most recent collection, with Francesco Simeti, arrived online at My-Wardrobe on the 27th March and already a £124 silk top has sold out of one size, with two other sizes having just one garment left.

Raf Simons’ SS13 collection, in which he teamed up with L.A. artist Brian Calvin, has proven to be a commercial hit in recent weeks too. Since its late-February delivery, the collection featuring Calvin’s figurative prints has seen size sell-throughs at Selfridges, Oki-Niki and Mr Porter on pieces priced £195-£330.

So is there opportunity for the mass market to enjoy success with artistic collaborations? If you look to the data behind Uniqlo’s pairing with textile artist, Celia Birtwell, then yes. The 38-piece collection came online from the 22nd March priced £9.90-£29.90, with 2 blouses having already sold out in their entirety and tunics, culottes and pyjama pants low on stock. And it’s not just mass market womenswear in which art and apparel are hitting it off; menswear has seen a recent influx of artistic name drops with a host of men’s streetwear and t-shirt retailers teaming up with well-known graffiti artists, photographers and illustrators. They’ve sold well for Topman, Supreme Being, Volcom and AnyForty, priced £29.90-£49.99.

The artistic movement has even filtered into in-house design as a swathe of successful luxury designers take to applying artistic processes and rigour to their prints. The influence Mary Katrantzou, Mara Hoffman, Erdem, Preen and Peter Pilotto have had is starting to be felt on the high street, and that looks set to continue with print trends from the AW 13/14 runways featuring artistic motifs from designers including Zoe Jordan, Dans La Vie, Dior and Jean Charles De Castelbajac.

Retail collaborations with designers now run the breadth of the high street, as consumer demand for a high-end influenced mass market heightens. Luxury has responded by reaching out to the art world to underpin its creativity and value. We expect retail to swiftly follow suit to differentiate in a crowded market and to remind their consumer that they’re at the forefront of creativity. 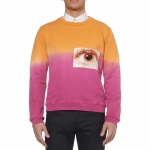 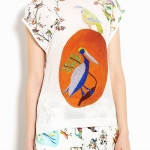 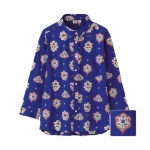