New York Fashion Week kicked off this Thursday, and with it brings a flurry of editors, buyers, bloggers and photographers to the showgrounds of Bryant Park, West Chelsea and SoHo. But as fashion has changed in the last few years, so too has the attention around the events. Not only the shows, but the pop-ups, store openings and parties, are now ‘attended’ by hundreds of thousands of worldwide spectators via Instagram, Twitter, live feeds, blogs and fast-reacting digital media. This global audience is clued up, not only an army of devout fashion fans, but regular shoppers who know fashion weeks provide an insight into the glamor of this previously insider world.

That is why we think retailers are missing out on a great opportunity to align their offering with the attention-grabbing event. Using our Visual Merchandising software, which tracks the website and email newsletter outputs of hundreds of worldwide brands and retailers, we were only able to find three retailers who’ve capitalized on the event: Net-a-Porter, Barney’s and Banana Republic have all sent email newsletters this week in reference to the shows.

Net-a-Porter’s email is exemplary – showcasing items from their offering as examples of what show-goers will be wearing in each city. Certainly, some of the retailer’s customers will be the bloggers and editors attending, but that’s not the point. Consumers today want to feel like they’re in on it, fashion is now a democratized and accessible world. Banana Republic get it: they’ve teamed up with blogger Wendy Nguyen, who’s picked items from their collection she’ll be wearing to fashion week.

Noticeably absent (so far) from the NYFW conversation are J. Crew, Forever 21, Topshop and Nasty Gal – all of whom could use street style inspiration to draw attention to their new Fall arrivals. We also expect to see something from Zara in the next month: their street style ‘Pictures’ campaign features bloggers and editor/florist Taylor Tomasi Hill – to not promote this during fashion month would be a crime!

Stay tuned for our next article, when we’ll be revealing the hottest trends from NYFW. 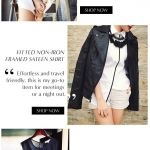 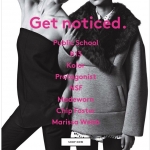