Gone are the days when apparel discounting took place mid-season and end of season. With the constant influx of new stock and challenging retail climate meaning year-round sales, consumers are used to being bombarded with discounting offers. But how well do they respond to the price slashes?

We turned to our data to investigate if brands who heavily market their sale lines win customer favour, or do they prefer full priced product which isn’t pushed too hard? By assessing the visibility of a brand or retailer’s sale offers in their merchandising output and comparing this to online fanbase increases and sentiment changes, we can get a good picture of what consumers think.

With 10 email newsletters so far in April alone promoting discounted stock, Debenhams don’t shy away from pushing their sales. Of the 36 newsletters sent out since new season stock arrived in February, 80% have promoted sales. Sentiment towards the retailer is high – in the last 30 days, 47.95% of online conversations have been strongly positive. And it appears to work, with both full priced and sale stock selling – the floral shell top promoted in the sale is out of stock in six of its seven sizes, whilst the full-priced Matthew Williamson linear top sold out in five sizes, was restocked and subsequently out again in three sizes.

ASOS, known for their competitive pricing and high rate of new product drops, are very vocal about their sales too. 71% of the 35 emails they have sent out since the start of the SS12 season have referred to discounting.  With the power to attract 69,939 new online followers since February, everyone in the industry knows these fellas mean business. Does their strategy work? Their 12th April ‘Sale Steals’ newsletter featured River Island’s striking Leopard Print jeans discounted to £24 from £40. They have now sold out in five of their seven sizes. Though the full-priced items featuring in ASOS newsletters are few and far between, they fare well too. Their Rocco Crop Top which featured in a Mexican themed email in February, is out of stock in all but the largest two sizes, without having seen any discounting.

Since their SS12 collection landed, All Saints have sent out 24 newsletters – none of which have had any discounting offers promoted. In fact, unlike the majority of online retail sites, the premium high street brand does not keep a sale section on their website year-round. Instead their newsletters focus on ranges within their collection or pull together outfits for inspiration. The featured products aren’t seeing overnight sellouts, but they are shifting, and that’s no mean feat at the premium price point. A newsletter pushing the ‘Temple Range’ on the 2oth April has seen its featured £195 Temple Dress sell out in two sizes already. Since the SS12 collection arrived, All Saints’ online fanbase has grown by 5.39%: a higher growth rate than ASOS.

It isn’t a huge surprise that premium retailers like All Saints chose to keep discounting low key, but it is interesting when retail giants such as Inditex do. For a retailer churning out vasts amounts of new product, Zara don’t churn out newsletters on a scale to match. In fact, they’ve only sent out 6 since their SS12 offering started coming into stock, and none of them have mentioned discounting. Fanbase continues to grow at a healthy rate (11.3% since February) and 34% of online mentions have been strongly positive in tone. Looking into Zara’s commercial data shows that price ups and price downs are minimal (only 75 products discounted in the last 30 days, compared to 492 new products arriving), yet sell outs are high. For Zara, this is a model which clearly works. Their product assortment and pricing is spot on – requiring minimal merchandising and little adjustment.

Interestingly, the data points to little difference between brands and retailers who turn up the volume on their sales promotions, to those who chose to talk about full priced stock. ‘New Season’ items which land at the start of the season and sit tight for the whole season are now redundant. It is the seamless filtering in of new products or moving around of existing products which attracts consumer attention, because it gives them something to talk about. So long as there is a constant stream of newness, product shifts. Post-recessionary spending has been hyped up to give the impression that consumers only want discounted goods. Not true, they just need pointing to what to buy. Does this mean retailers are sacrificing margins needlessly? 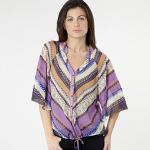 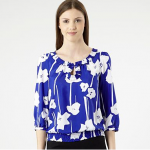 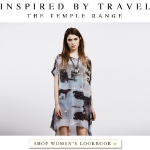 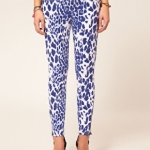 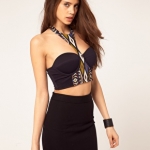 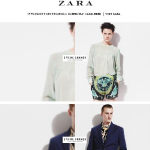