Everyone has now seen the singular masterclass in brand communications, as well as the furore H&M and Versace created together. On Thursday 17th at 9am, websites crashed and stores were wiped clean of stock. While that was going on, Versace and H&M together sent a tidal wave rippling through the online world.

In the month surrounding the product launch, Versace acquired 33,000 new opt-in followers on social sites, whilst H&M have racked up over 255,000 in the same time frame. Compare that with the 1400 and 160,000 new followers Missoni and Target respectively racked up in the month surrounding their much-lauded collaboration last month and it’s clear to see that the bods at H&M and Versace got something right.

The duo aren’t just attracting new followers, we can also analyse the online sentiment towards the brands. H&M and Versace topped the list of 20 most talked-about brands online in the UK and USA this week – a job well done, considering Chanel have been riding high since their Paris SS12 show.

H&M+Versace went into battle with a full arsenal of top-tier marketing tactics. There was the preview party with celebrity endorsement (performances from Nicki Minaj and Prince) and guestlist of global editors. There was the kooky promo-video. Add to this the twitter hyping from both H&M and Versace camps, strengthened with their own hashtag (#VersaceforHM) encouraging customers to respond. Finally, the appearance of the doyenne herself, Donatella, opening the Regent Street branch to the adoring crowd. All perfectly executed stuff, which won’t have been without a hefty pricetag for H&M. It’s a known fact that these collaborations don’t make a huge difference to sales volumes and are weighed in terms of the attention they attract.

The consumer interest is there, so the products have been instant sell-outs. Donatella clearly has the Midas touch, but will H&M struggle to fulfil the demand? Interestingly, fast-reacting brands are cashing in on H&M’s sell outs. By introducing products which heavily prescribe to the baroque trend at a similar time to the H&M collaboration launch, they are harnessing some of the attention generated for themselves. River Island’s £40 Baroque Print Skinny Jeans dropped on the 17th November at ASOS and are now sold out across seven sizes. Topshop’s Baroque Sequin Dress, dropped on the 9th November and is now sold out in five sizes. Similar success stories can be seen at Warehouse and Oasis, whilst Net-a-Porter pushed Versace product to the front of their editorial content this week.

Unsurprisingly, Versace announced another collection with H&M to follow for SS12. No doubt, other retailers will be penciling it into their diaries. 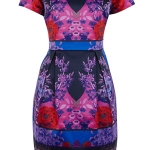 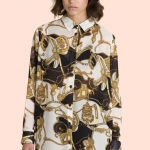 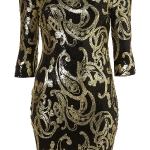 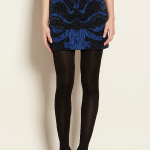 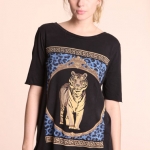 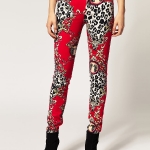