Slicing through a consumer goods market, long saturated with bargain deals and endless new launches, is a movement which winds down the pace and adds a story to the products we consume. Traceable provenance has been causing a stir in the food industry thanks to campaigns from the likes of Tropicana, Grill’d and Waitrose. Is this a pre-cursor for what’s about to happen within fashion?

There has certainly been interesting developments in legislation and funding which may imply the industry is ready for an ethical overhaul. In California in 2010 a ‘Transparency in Supply Chains Act‘ was passed which forces all large retailers and manufacturers to publicly disclose their efforts to eliminate slavery and human trafficking from their supply chains. The act doesn’t require companies to make remedial steps, simply forces them to state their position, with the aim of creating consumer pressure for companies to voluntarily improve the ethics of their supply chain. Companies like Brooks Brothers fall into the Californian law, with every product on their site being stated as ‘Made in USA’ or ‘Imported’ and an extensive About section on their supply chain.

In the UK there have been initiatives like Drapers’ Save Our Skills campaign, which attempts to preserve and reignite interest in UK manufacturing. Of a spend of £43.9 billion on clothing in the UK in 2011, an estimated 18% is from UK-manufactured clothing, giving the market a worth of £8.1 billion. It’s been estimated that there’s a further value of £7.3 billion in exported goods manufactured in the UK. Given this, the country’s Secretary for Business, Innovation and Skills, Vince Cable,  lends his support to attempts to keep the industry alive, stating that there is “scope for a manufacturing revival” with “huge potential for the industry”. Manchester University has funded a report investigating whether it was viable for UK-based retailers to manufacture on home turf. They found it to be commercially viable to locally manufacture complicated garments such as jeans and shirts. The report also suggested that increased labour costs across other garment types could be offset by quick response times of local manufacturers. The possibilities here for brands and retailers are exciting, with the prospect of a collection more responsive to direct consumer demand and one that’s in stock whilst the weather is still relevant.

We don’t have to look too far to see a growth in interest in provenance. Bruno Pieters (formerly of Hugo Boss) launched his e-store Honest By to much fanfare one year ago. Declaring themselves ‘the world’s first 100% transparent company’, Pieters has developed a unique retail business which reveals the complete supply chain, including the costings of every component and price paid for labour skills. Not selling any leather, fur, shell or horn products, every garment on the site has had extensive research to ensure it has as minimal environmental impact as possible. Pieters found an email from a customer inspiring as she thought it ‘absurd to be paying for anything harmful in 2012’.

Then there’s the emergence of companies like BaaCode, who show you the living condition of the sheep whose wool is used in Icebreaker garments, Sourcemap who track the path a product’s supply chain takes and Patagonia’s Footprint Chronicles, which maps the specific manufacturing locations of all components their products use down to detail on gender of workforce and factory address. That’s some pretty fascinating honesty, but has it come from consumer demand or company foresight?

Consumer interest is measurable with insight from our Trend Science tools. We can see that during the July 2012 Olympics, as patriotism soared, mentions of ‘British Made’ peaked dramatically. However post-Olympics that attention has dwindled, despite sentiment having being maintained. The volume of people talking about ‘Made in the UK’ is underwhelming but shows signs of improvement, having increased 10.3% in the past 12 months. It seems as though an ardent few are talking loudly and emphatically to convert the masses. This converts commercially into 569 products identifying themselves as ‘Made in Britain’ within our Comp Shop database, in the last 12 months. Of those, 44% sold out at full price, only 17% needing discounting to sell through and prices ranging from £3.99 to £5,955. The brand-range spans from the well publicised locally manufacturing Cambridge Satchel Co., Crombie, Jigsaw, Eskandar and Jack Wills, to the lesser known lines from George at ASDA, Topshop Unique and Joy’s in-house brand, Louche.

When we drill down into product specifics, it’s apparent that these high quality, locally-made products do sell well, so long as they subscribe to an existing trend or style. Take Topshop Unique’s Made in Britain AW12 collection, with some product lines (including the £80 cross print shirt) selling out in just one day. Topman’s £200 Made in England marl coat sold out with no discounting in under two months of its arrival instore in early November. ASOS’s own-brand £150 Made in England Chelsea boots sold through with no discounting despite having a higher price point than their other Chelsea boot products.

Ashish for Lulu & Co’s t-shirt line at ASOS highlights the success of premium products which allow consumers to buy into a trend differentiated by the reduced mass-appeal of their price point. Their ‘Chic Happens’ slogan t-shirt, at £130, sold though without discounting. Looking to the sportswear market, there’s New Balance, whose colourful trainers are mostly manufactured in the US or UK and sell-through at lightning speed.

A contributing factor to the slow adoption of provenance in fashion is the lack of legislation requiring retailers and brands display the item’s country of origin online. Whilst this remains ungoverned, consumers on the whole won’t factor it into their buying decision.

Another downfall it that too few retailers have ‘Locally made’ or ‘Ethical’ categories on their websites, despite carrying stock. Clearer categorisation would help retailers judge if their investments are selling through due to an on-trend product or if ethic factors into the demand. As online competition becomes tougher, it will become a good way to differentiate.

We’ll leave you with a thought – as online retail opens up and customers are shopping globally, does it negate local manufacture? Is it just a vanity thing if products are made close to company HQ in London and then being shipped to Australian customers? Time will tell. 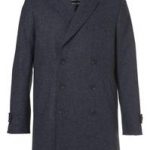 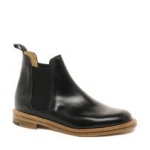 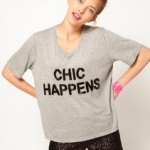