It seems contrary for a footwear trend to be known as ‘ugly shoe’, and yet fashion has always served to rub people up. The current popularity of shoes that look downright sensible can be credited to Céline’s ‘furkenstocks‘ of Spring 2013 – the Birkenstock-style sandals lined in colored fur which press descended upon. Interest in nerdy footwear was piqued and, propelled by the commercially successful sports luxe trend, found its way into Spring 2014 via the pool sliders at Helmut Lang, Givenchy and Tommy Hilfiger.

It’s been noted that the front row of the current Spring 2015 shows is flatter-footed than ever before, as the fashion pack from editors, to celebrities and street style stars have embraced these neo-normal styles. So too for the runways, with yet more hike-friendly shoes appearing at, amongst others, Marc Jacobs, Burberry, Christopher Raeburn, Antipodium and Rag & Bone. There are even blogs dedicated to worship of these unfetching footwear forms. Is the luxury industry having a laugh at our expense, subverting viewer expectations of desirable runway accessories? Is normcore having a bubble up effect, pushing designer wares to the dull side, or are designers maximising the shelf life of sports luxe?

In fact, it’s a combination of these factors: the overhaul of activewear in both its aesthetic and mainstream adoption has raised the profile of sneakers. It’s not uncommon to see Nike or New Balance running shoes paired with a $2000 dress on street style blogs. Designers looking to associate with current zeitgeist are tapping into these sexless shapes, differentiating themselves from stilettos and glamour, which, in fashion’s current moment, feel passé.

Flatforms, which have been on the ugly footwear radar for some time, though the most-stocked of the ‘ugly’ shapes, has not seen the most growth over the last two years. With over 6000% growth since SS12 is the pool slider – and given the number of products online and the pattern of growth, there’s potential for a higher market saturation to come. Jelly shoes, which have seen over 400% growth in two years, are hugely visible on the market. It is Birkenstock-style shoes where the most interesting story lies – given the 1500% increase in new products for an item, which was already core to many retailers summer sandal offering.

So numbers are definitely up, but what’s working commercially? And where can the next opportunities around this trend be found?

What worked in SS14

‘Ugly shoes’ arriving during Spring 2014 (for the purpose of this research we’ve viewed products arriving online between 1st March 2014 and 31st May 2014) include pool sliders, Birkenstocks and Birkenstock-style footwear, flatform sandals, ‘geek’ sandals, razor sole sandals, and double buckle flatforms. Flatforms styles had a sell through rate of 30% and replenishment rate of 12%, with it taking on average 72 days to reach sell out. Compare that to the heeled court, which had a 14% sell out rate, 10% replenishment rate and took 81 days to sell out in the same period. However, ugly shoes have a lower average price point ($50.76 compared to $84.37) and 5% more styles were discounted than heeled courts. The right ‘ugly shoes’ sold fast, and smart retailers who restocked would have won big. The trend status of this footwear style is responsible for the fragility around discounting.

The most successful styles for SS14 in luxury came from Prada’s strap sandal which, priced $840, arrived on their site on the 1st May. It was sold out in all but two sizes by the 17th June. Givenchy’s Swiss metallic flat, at $830, arrived at Neiman Marcus on the 1st May and has been restocked twice since. Balenciaga’s double-band platform sandals sold fast for Barney’s, priced at $635.

Data showed a similar trend in the premium market, where double strap slingback styles sold well for both Jeffery Campbell and Whistles. Whistles’ $228 velcro sandals arrived in store on the 18th March and were sold out in most sizes by the 2nd April. Happily for Whistles, these were restocked on the 26th April. Puma’s collaboration with Solange has also flagged up on our ‘ugly’ radar – the sneakers are modernist works of art, which consumers love – the $150 running shoes have only stayed in stock for 10 days each time they’ve been replenished.

The mass market too has enjoyed great ugly shoe success in SS14. Nike’s Solar soft slides, priced $26.99 have sold out twice for UK retailer, Very, and Littlewoods have also done well with the same style. Jelly Shoes at ASOS sold rapidly, including the $16.87 black pair, restocked twice. New Look had an identical pair, only a few cents cheaper, which sold out in 9 days. Injecting some embellishment were the $116 Miss KG jewelled footbed sandals at Littlewoods – they’ve sold out three times since 29th April.

New arrivals into store this September show no sign of ugly shoes being bound to the summer season. Stella McCartney’s $621 Brompton boots are like a UGG hybrid, Chloé’s $699 desert boots could hardly be described as elegant, and Givenchy’s buckle-fronted, $1,500 boots which have arrived at Neiman Marcus are downright bonkers.

More encouraging still is the way that the price point for ugly shoes in the mass market has lifted between SS14 and Fall – retailers have shifted the weighting around products, noticeably building into $60-80 and $120-140 price points, a good sign that there’s ugliness to be found in ankle boots and sturdier winter pieces.

The ugly trend works. Not only does it serve a return to a market where styles are mimicked in a heartbeat thanks to its barefaced normality, but it perfectly suits the current functionality over form mindset. Consumers have finally decreed it’s cool to be comfortable and this style is a democratizer, set to grow for Spring 2015.

SS14 Bestsellers in the luxury market: 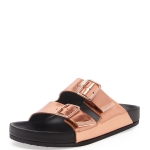 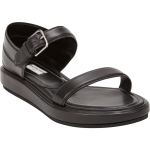 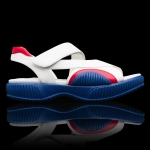 SS14 Bestsellers in the premium market: 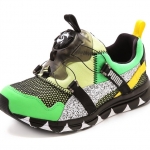 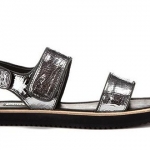 SS14 Bestsellers in the mass market: 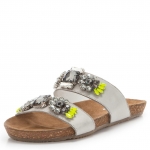 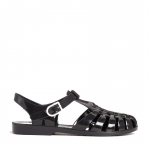 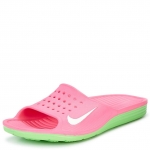