I could very easily make some lame joke about Prada making the fashion world go bananas, but if I read one more of those I might cry. However, to be fair, the colourful and quirky SS11 collection did grace a record 48 covers, ensuring that its influence this season is both undeniable and omnipresent.

But back to the bananas. The collection featured a range of carnival inspired prints, with vibrant contrasting colours in bold stripes as well as a fair share of (you guessed it…) bananas. Accessories included colourful fur stoles and oversized sunglasses. However, when Miuccia Prada emerged to take her bow at the end of the show, sporting a pair of banana drop earrings, fashionistas in the audience and beyond took notice. Apparently Prada had wanted to incorporate the accessories into the show, however, her assistant deemed them not beautiful enough to feature.

How wrong she was. The earrings were a veritable hit and were added to the collection promptly before it hit stores. Their simplicity, low production cost and universal sizing made them an easy target for high street stores to turn around their own versions very quickly. Topshop’s version was priced at a very accessible £6.50 and sold out in just five weeks. 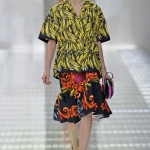 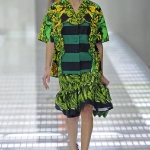 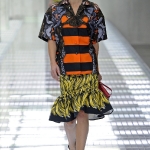 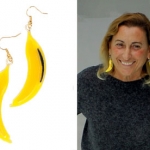 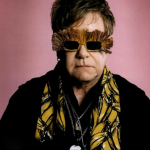 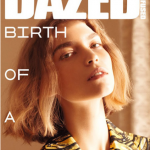 Topshop further capitalized on the banana buzz with banana print leggings, priced at £20. First drop sold out across all sizes in ten days and when this was followed by a restock, the leggings were sold out in three sizes within ten days. These fast sales were echoed in banana print running shorts, priced at £12, which sold out across all sizes within a month.

So it’s fair to say that Topshop have truly capitalized on the trend, but have other retailers been as lucky? ASOS created a banana print mini tube skirt priced at £15 which dropped into store on May 14, however it is still available across all sizes. This could in part be attributed to the relatively late drop compared with Topshop’s March 31 drop, also, the trend is rather a bold one and the style of customer buying into it isn’t going to do anything by halves… seems like they are going all the way for the party pants!