Earlier in the week, we discussed the surge in interest in menswear (with the UK getting an extra push from London Collections: Men) and how that’s given rise to a series of designer-retailer collaborations. We evidenced that the mainstream menswear consumer is more fashion aware than ever before.

Even so, not every style-conscious male wants to “suit-up”. Take Burberry’s SS14 collection shown on Tuesday; rather than sleek tailoring for the man-about-lounge-room that might have been expected when Christopher Bailey presented to his global audience, we instead saw a boy-ish range of super-casual clothing. Practical rainwear, unstructured blazers and boxy sweaters epitomised the collection. If it wasn’t for the punchy palette of primary tones and pastels, the collection would have bordered on rugged.

This sentiment was echoed elsewhere – in the drawstring waisted rain nylons and rucksacks at Christopher Raeburn, the elasticated trouser legs at YMC and Famous Five-style cagoules at Margaret Howell. It isn’t that men’s fashion has been afraid of the Great Outdoors until now, because of course we’ve seen the country-infused heritage trend flourish in recent years, but now things are feeling a little less contrived and a lot more useful.

This change is reflected commercially too, and it seems heritage is falling out of menswear favour. We looked at products that used quilting (one of the pinnacles of the heritage trend) to get a measure of how it was fairing. In the 1st-20th June 2013 period there’s been a 21% drop in the number of quilted products arriving in store compared to the same period one year ago. During the same time frame there has been a 28% surge in new menswear coats and jackets that are waterproof, rainproof, reversible or for cycling. Note too the average price of these garments has jumped from £96.52 to £246.68, suggesting that this product has moved from technical to desirable and designer.

Traditionally the hipster has taken flack for his style, but it is most likely that this is where the trend originates from. In terms of product innovation, the hipster represented a relatively unexciting consumer group, conservative in their choices and retrospective in inspiration: waxed jackets, flannel shirts and corduroys ran well but offered little differentiation nor much in the way of move-on. However, the recent rise of hipster culture has meant that the conventionally uncool has been adopted by this group and revamped. Mountaineering, cycling and campsite-wear were not previously considered fashionable, but are now back on the radar and ripe for revamping, via innovation of technical fabrics and the introduction of prints into this area.

Retailers have begun to latch onto the new potential in practical clothing that is suited to their consumers’ lifestyles and the early adopters are reaping the rewards. For ASOS, Penfield’s rain wear has been selling well this season, with their £90 jackets in orange or blue. Nordstrom carried Sorel’s lace-up waterproof boots, which at $125 have sold through twice since their February arrival. A navy North Face mountaineering rucksack at $180 also sold out at Nordstrom in under a month in April.

This trend has huge potential, not only because of the range of products open to redesign. These types of garment are trans-seasonal and therefore bridge tricky phases in climate. They also appeal to the menswear consumer who doesn’t care for the fripperies of fashion but is interested in detail and finish, wants well made product (and doesn’t mind the price tag that comes with that) that suits their lifestyle. Uniqlo tapped into exactly that with their ‘Lifewear’ AW13 collection, which moves away from trend and is designed to update seasonally through technical innovation and not trend styling.

Kensuke Suwa, Uniqlo’s director of global marketing summed it up in conversation with Business of Fashion: “There are a lot of fashion trends going on, but there is no true innovation that impacts your actual life. How to make your life better could be in the middle between fashion and sports. For example, athletes wear technically sophisticated uniforms; some of the essence of that could result in better clothes that would change clothing itself, instead of just following fashion trends.”

There is also opportunity here for specialist retailers of outdoor clothing; with their expertise and technical knowledge, they should own this trend. It’s worth remembering how Billabong failed to latch onto the surf trend in womenswear last year, unlike their competitor Roxy who did well on a designer collaboration to introduce their brand to a new audience. Harness the trend now: if it lingers as long as the hipster’s former wardrobe did, there’s good money to be made! 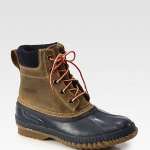 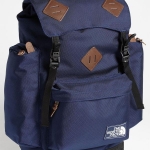 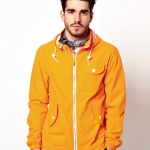