Now that so many fashion photos go online, everyone has instant access to the kind of images you used to need a library card to see. Editorial shoots can go viral before magazines are even in print, and the argument has been playing out across the fashion world on whether “over exposure” devalues a brand. Every season there is an obvious front runner in the editorial race; last season it was Prada, and for AW 11/12 Dolce & Gabbana dominated with their star print collection. On chiffon dresses, bodycon sheaths and adding spangle to sequinned shifts, star prints stole the show. It carried on to be seen in at least 14 global editorials, on 8 glossy covers and worn by 13 A-list celebrities.

So does this huge exposure translate in sales? Or does it saturate the market and bore consumers? We used our market tracking tools (which monitor over 2 million SKUs daily), and saw the first Dolce & Gabbana star print pieces drop in-store mid-July, with a £1,100 silk and lace star print dress only sticking around at Browns for 7 days before selling out across 4 sizes. The star print shirt on sale at Farfetch for £529 was sold out in an equally impressive five sizes in 6 days. Similar successes could be seen at Net-a-Porter and Matches. Such fast sell-through in luxury items is unusual.

Since the Dolce & Gabbana show on the 27th February, their online fanbase has increased a significant 25.2%, with the sharpest climb occurring between May and June after magazines hit racks and celebs started notching up appearances. Prada also did well after their stellar SS11 collection, which was featured on 48 covers to sell-out success. In the six months following, their fanbase grew 21.69%.

Though the data shows that the positive effect on the brand is immediate in terms of sales and brand equity, conversely there can be detrimental effects to having such a widely covered range. High street retailers are able to get in on the act swiftly. Who can forget Topshop’s banana earrings?

High street shoppers aspire to buy into the collection and do so by purchasing affordable versions, which high street retailers are eager to supply. We took a look at how that played out. Zara were the fastest movers in this instance, dropping their first star print garments on the 17th June. A £30 star print top sold out within 8 days and by the first week of July their Star Print Jumpsuit had sold out across three sizes.

Conventional wisdom is that these “clone” garments harm or cheapen the image of an original collection, and too much exposure is negative – but our findings are demonstrably contrary. The market shows that the high street and consumer awareness supports rather than harms Dolce & Gabbana’s collection, and the high street participation directly supports the designer’s cachet. 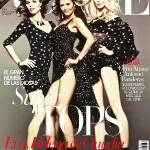 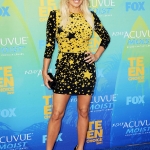 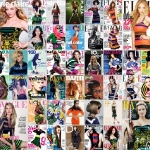