Colour moves in commercial waves, defining a season when the stories are strong. We monitor each runway show across the fashion week schedule to understand colour usage and our colour matching tools compile colour wheels, like the one to the right, plotting each time a colour is used, to give instant insight into which shades were backed by the most designers.

SS13’s high end dealt two strong colour stories, one being the tones of a long hot summer: reds, bright pinks, oranges and yellows, and the other being a severe palette by summer-standards: graphic minimalism in black and white. But does catwalk colour really influence the high street and its shoppers? With the aid of commercial retail data, we can look back at what has sold well for SS13 and can define what level of trust the apparel industry should put in future runway palettes.

Looking across the breadth of our commercial database, which tracks products at brands and retailers globally, we can see that compared to Fall 2013 there was an increase in the number of orange (up 24%), lilac (up 9%) and pink (up 13%) products for SS13. And yet, those colours seem so appropriate to the summer season, that those stats come as little surprise. More telling is the comparison of the increase in new product colours from SS12 to SS13. There was an incredible 33% increase in the number of new black coloured products in the 1st March – 31st July 2013 period, compared to the same date range one year ago. There was also a 29% rise in blue products, 17% rise in pink and 3% rise in red. So it seems brands and retailers are directly influenced by the runway palettes, but do consumers buy in the same way?

The presence of multi-coloured in the top 5’s here evidences consumers’ current love of bold prints, another season trend taken directly from the catwalk. It is interesting, too, that Zara, who are known for their trend-led designs, picked up on the pink shown by high end designers – and it paid off by selling well for them. Drawing the data from those 5 influential retailers together, we can evidence that retail is directly influenced by runway colour, despite traditional notions of what ‘summer shades’ mean: 19.5% of the best-selling products at those global retailers were black, 14.7% were white and 13% were black and white.

Retailers pushed this unusual summer colour story successfully in their online visual merchandising and it paid off. Forever 21 on their homepage and H&M in an email newsletter discussed ‘summer blacks’ and Net-a-Porter urged its visitors to shop ‘Dark Glamour’ – which they did! Zara promoted the pink shade they did well with on their homepage, whilst Topshop gave equal weighting to their blue and monochrome stories.

Orange didn’t slip off the radar commercially either, coming in 5th, 6th, 9th and 10th places across the retailers we studied – not bad considering there were fewer orange products on the market for SS13 than SS12. Perhaps wary retailers under-represented the bold shade, considering 13% of Topshop’s orange offering this season went on to become a best-seller.

Thanks to brands having a social presence and the live streaming of shows, more consumers than ever before are watching high end and discussing the trends they see, resulting in a mass market more directly influenced by runway. With AW 13/14’s runway palette also unseasonal – this time for its bright tones – it will be interesting to see whether brands and retailers have learned to trust the data runway shows and consumer chatter generate. We’ll be watching closely. 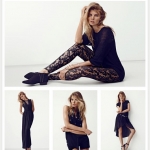 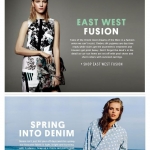 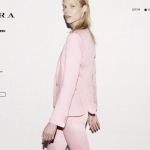