Unless you’ve been living under a rock, you’ll have noticed that the 2012 Olympic games are finally underway in London. Eyeballs around the globe are on the sporting event; Danny Boyle’s lavish opening ceremony was watched by 27 million viewers in the UK alone. The build-up hype hasn’t just been mounting in the host nation, nor has it stuck solely to the sporting world. Retail too has been gearing up to capitalise on the big event. Just how successful has that been? Do fashion and sport make for a winning team?

The biggest fashion story of the Games has been Stella McCartney designing Team GB’s kit. To clothe 900 athletes across 46 disciplines, the resulting designs weren’t without their critics – the lack of red in the Union Jack rattled some – but the designer’s eight year collaboration with Adidas has gone from strength to strength. The first Adidas by Stella McCartney standalone store opened on the 26th May this year, on London’s Fulham Road. The two brands have seen huge boosts to their online followings, with Adidas UK scooping an incredible 90% increase in their fanbase in the last quarter. Adidas’ worldwide account overall picked up over 2 million new followers in the three month build-up to the Games. Stella McCartney saw a 14% rise in her online following, with a dramatic spike following Friday’s opening event.

Of course, Stella is not the only designer who’s been enlisted to dress their country. France’s kits are by Hermès, Italy’s are Giorgio Armani‘s EA7 sportswear line, Australia are kitted out by Sportscraft and the USA are draped in Ralph Lauren. Jamaica’s lively designs come from Cedella Marley for Puma – Bob Marley’s daughter no less! Adidas by Stella McCartney is selling incredibly well though. John Lewis partially attributed their recent sales increases to the Olympic games, and official merchandise has been flying out for them. They’ve had success with the Team GB men’s replica flag graphic tee and the women’s replica running top. The £65 women’s hooded sweater from the gold Team GB line arrived instore on the the 7th June and was sold out of its five sizes in just over a month.

It’s not just John Lewis for whom merchandise is selling well. Scott’s sold out of four of five sizes of the £70 Team GB men’s windbreaker in just 20 days. Ralph Lauren‘s line is proving popular in the States too. Their nubuck uniform shoe at $165 sold out of nine of the ten sizes in two weeks and their long-sleeved tee at $65 sold out of six sizes during the pre-Games build up at Ralph Lauren’s Big & Tall line. However, Ralph Lauren’s fanbase increase of 200k new followers isn’t as impressive as Adidas’.

It’s obvious that sportswear brands are going to dive into the Olympics, but what is especially interesting is the wave of non-sports brands and retailers who’ve signed up. Aptly-named New York hipsters, Opening Ceremony, launched a pop-up store in time for the Games in London’s Covent Garden ahead of their permanent UK flagship. The stock comprises of ‘Olympic-inspired’ wares from Proenza Schouler and Christopher Shannon, collaborations with Topshop and House of Holland and the fit-out is fresh and vibrant. It’s especially interesting that H&M also see market opportunity in active wear. They’ve opened two of their first sports-wear only stores, one in Westfield next to the Olympic stadium and another also in London’s Covent Garden. Never one to miss out on a party, Karl Lagerfeld has teamed up with Selfridges to create an instore pop-up, modestly called Team Karl.

Many online retailers have reacted well in revamping their visual merchandising and sending out Olympic-specific newsletters. ASOS, Bershka, Harvey Nichols and Gap were all quick out of the starting blocks. American Apparel‘s homepage was given over to the Olympic games from the 26th July and they’re retailing a unisex range of flag tees, representing 67 countries. Yet to sell out of any sizes or variations, it will be interesting to see which country goes first!

Sports luxe as a trend has now been with us for a few seasons, but it’s not always the case around Olympic showtime. Back in 2008, around the time of the Beijing Olympics, there was little hint of sporty fashions, so the recent arrival isn’t simply a no-brainer. You could read into sport luxe’s runway presence that in times of economic instability people want to cocoon themselves in comfortable wares or perhaps it’s a case of survival of the (literal) fittest? We prefer to let the data do the talking however, and it seems that fashion items with a sports luxe feel are selling better than high-end sportswear. At Net-a-Porter, Lucas Hugh’s luxury workout gear, which dropped instore in April, had to see discounting across the range before it sold through in July. Meanwhile, golden girl Stella’s gold lamé tapered casual fit pants (£510) sold out seven of their nine sizes at full price in a little over a month at the retailer. Other luxury lines selling sports-inspired product (though not fit for sporting) include Team Karl‘s humorous gold, silver and bronze collars and Church’s Victory Brogues.

During the February fashion shows, online chatter surrounding sports luxe had grown by 310% compared to during the prior season’s September shows. The sentiment towards sports luxe during the SS12 collection shows was 47% positive and this had grown to 60% during February’s Aw 12/13. With strong sports nods in the AW12/13 collections of Alexander Wang, Victoria Beckham, Marc Jacobs and Loewe, this is not a trend that will end when with the closing ceremony. Just remember though, the fashion set want their luxury sports-tinged not track-ready. 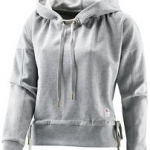 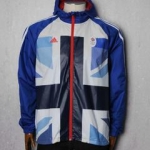 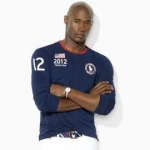 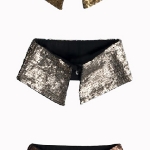 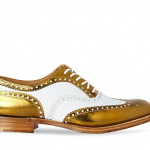 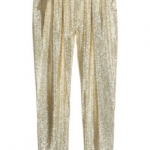