This Friday starts a new tradition in British boy’s clubs as the first menswear-only fashion week showcase, the London Collections: Men, launches after growing from the humble menswear day tacked onto the end of the womenswear fashion week. This exciting change, orchestrated by the British Fashion Council and chaired by GQ Editor Dylan Jones, will see 90 British menswear designers competing on the same scale as the Milan and Paris menswear collections. HRH the Prince of Wales will add the royal seal of approval to the event as he kickstarts proceedings, hosting a Thursday evening reception at St James’s Palace.

There’s no doubt the event is a great development for the menswear industry, but is it needed? As runway shows increasingly become consumer-focussed marketing events, we examined the data to see how engaged consumers are online through social and retail channels.

We looked to two British retailers who are championing London Collections: Men – Mr Porter, Jeremy Langmead sits on the committee and they will host an evening with Esquire during the event, and Topman, who show their Topman Design collection at 12pm on Friday.

Fanbase increases show strong growth over the last quarter – and although Topman has just 13% of the followers of Topshop, they’ve risen by 19.48% compared to Topshop’s global growth of 7.57%. It’s a similar story at Mr Porter, whose total online fanbase is only 21% of Net-a-Porter’s, but their growth of 15.67% in the last quarter trumps Net-a-Porter’s 11.21%. Both are signs of a positive upsurge in the male fashion industry.

Turning to retail performance, Topman’s recent fastest-selling garments are an encouraging  mix: from basics to high-trend. Their £7 burgundy t-shirt arrived instore on the 29th March and has already sold out in six sizes, with only XXL left instock. The New Love Club vest, at £22 and featuring a photographic print, arrived on the 30th May and is already out of stock across the board. Then there’s the incredibly dapper suede loafers which arrived instore on the 3rd June, retailing at £55, have sold out of five sizes, with only two sizes left in stock. This speed and pattern of assortment stock-outs is something we’d expect to see within womenswear. So is this a high street only trend, or are designer price points also performing strongly?

It’s not just retail and opt-in fans seeing a surge in consumer interest – menswear designers, who have until now shown alongside womenswear in London, are also seeing exciting growth in consumer chatter. Christopher Shannon saw a 30% increase in online mentions during AW 12/13 shows from SS12, E. Tautz’s interest grew by 70%, Oliver Spencer’s by 94% and James Long’s online conversation grew by a whopping 170% in the six month gap. All four designers will be showing at London Collections: Men and it will be interesting to see how the event contributes to these figures!

Where has this growth sprung from? Men’s fashion has been spotlighted by the likes of luxury lifestyle mag Monocle, which has seen enormous success globally, and the quarterly Port, now on issue 6. And perhaps most interesting is David Beckham‘s appearance on the cover of June ELLE UK – the first male to front the mag in its 26 year history. Music is in on the game too: look to the male triumphs of the British music scene and you’ll spot a peacock or two: the sharply attired Tinie Tempah, Professor Green and Labrinth (and we’d better include the current UK No.1 Gary Barlow). These aren’t the torn t-shirt and scruffy jeans set: they’re giving airtime to seriously grown up threads. Of course, the influence of street style blogger Scott Schuman can’t be overlooked: and it wasn’t, with the CFDA honouring his (and Garance Dore’s) influence with their Media Award.

The lines really do seem to be blurring, making what has long been a female dominated arena a (slightly) more even playing field. Notable menswear designers taking the helm at design houses further imbeds the message; with Raf Simons having worked wonders at Jil Sander and now Dior and Hedi Slimane taking over at Yves Saint Laurent.

So we look forward to the upcoming showcase, confident that the trends which will appear there will send commercial waves rippling. Boys, it’s your time to shine! 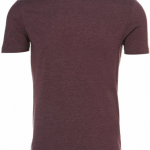 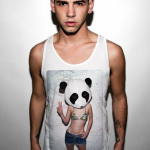 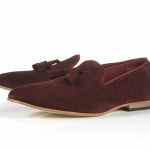 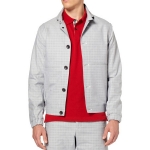 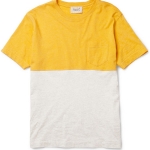 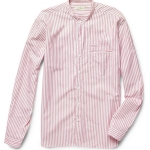