Having rounded off the SS’14 shows, we’ve taken a look back at the conception of the AW13/14 catwalk trends that we highlighted as being upcoming commercial hits. Here, we look back at our AW13/14 Top 10 Insights to understand how they’re panning out for retail. You can read the original post here.

1. Gucci’s influence
Gucci was the most talked-about designer across the month of AW13 shows in February. That popularity gave a strong indication that the themes shown by Frida Giannini would sell well when they filter down to shop floors. Gucci presented a dark collection of leathers and feathers. A 21% increase of feathered products arriving into store so far this Autumn, and the upsurge in leather products compared to the same period for AW12, suggest that the Gucci show is having repercussions in retail. Notably, Gucci’s deep berry reds and green tones have been strongly referenced by & Other Stories’ accessories and 70s styling.

2. Oversized shapes
Playing with proportions was seen on the runways of many, including Carven and Stella McCartney. That trend filtered down to retail quickly, with ASOS being a leader here -their £30 smock dress arrived in store on the 23rd August. Net-a-Porter have pushed the trend to the front of their outerwear visual merchandising, promoted in an email newsletter on the 8th October. Elsewhere, trend-led items are already selling well: Forever 21’s Street-Femme oversized sweatshirt at £16.75 sold out in three days of its mid-September arrival. Whistles’ oversized angora jumper at £350 arrived in store on the 17th September and was sold out of three sizes by the 25th.

3. Mini skirts
Legs were out on the AW13 runways and mini skirts were popular with consumers watching the shows. Retailers reacted swiftly, with a 48% increase in mini skirts arriving so far this season compared to AW12. They’ve sold well for Zara, Forever 21 and Topshop since the start of the season, particularly in printed and leather versions priced from £16.75 to £120.

4. The runway fabrics
Fur, leather and velvet emerged as the most-used fabrics of the season and retail is already reflecting that. Leather products have not only risen by 220% but high-shine and patent leathers have emerged as a trend of their own. The trend straddles markets, with patent leather and jackets selling swiftly at River Island, ASOS, Topshop and My Wardrobe. Fur has been an outerwear success, with the fastest moving faux fur items in the last month coming from H&M. In the preimium market, Whistles’ £495 sheepskin gilet and Topshop Unique’s £650 overized bomber jacket have both sold out within a month of arriving instore. Topshop has also chosen to promote the velvet trend, which was spotlighted in their 6th October newsletter. Velvet skater skirts, pencil skirts and leggings have all sold well in the last month and continue to be the most popular shapes in new product arrivals.

5. Minimalism
A neo-minimalism on the AW13 runways took the form of pristine shapes, neoprene, plastics and patent leathers. This theme has been adapted well by the high street, shown by fast moving colour block dresses for Dorothy Perkins, Miss Selfridge and New Look. Stella McCarney’s neoprene sweatshirt, £490 at Selfridges, arrived on the 9th August and was sold out in 2 sizes by the 9th September. The continuation of summer’s top selling monochrome palette pairs perfectly with the simple styling of this trend.

6. Punk Power
With its kickstart at the Met Gala Ball, the punk trend has been placed at the forefront of many retailer’s digital campaigns for the season, including Mango, New Look and Dorothy Perkins. The most popular aspects of the trend have been the plaid and tartan prints and the kilt skirt shape, which has flooded the market. The shape has sold swiftly for Net-a-Porter, My Wardrobe, Forever 21 and Boohoo, showing excellent cross-market appeal. It’s a trend still arriving into stores, with new products by Christopher Kane, Whistles and Alexander McQueen coming in this month. With a presence on the Resort 2014 runways, we see this style moving away from it’s punky roots for new season preppiness.

7. Caped Crusaders
We rated Chloé’s schoolish blue cape last season and since then there has been a 36% increase in capes on the market. With a current average price of £227, it’s still a trend for the premium sector, but that hasn’t stopped H&M profitting from the shape: their £69.99 navy cape sold out within three weeks of arriving into store. Capes have featured in the visual merchandising of My Wardrobe and Farfetch already this season.

8. The Retro Effect
A mash-up of 40s, 60s and 70s styles became a strong story for AW13, with Marc by Marc Jacobs giving the trend the most notable runway time. Retailers, on the whole, haven’t yet optimised the interest around the trend – it’s featured as a story in very few digital marketing campaigns. However, 70s stylings in accessories have been heavily referenced, with floppy brimmed 70s hats appearing in the campaigns of Madewell, Anthropologie and H&M. Farfetch, operating as a platform for boutique independent retailers have been able to optimise their unique position with this trend – featuring vintage items at their retailers in an email newsletter on the 5th October.

9. Print Promise
Plaids, as the most-talked-about print during the month of the AW13 shows, have gone on to great commercial success. The print has seen a 145% increase in number of new products arriving between 1st Sept – 10th Oct, compared to the same period in 2012. It’s been a Top Mover (a product which sells out swiftly whilst maintaining price consistency) for Boohoo, Uniqlo, Forever 21 and Fred Perry at ASOS in the last month, with products priced £12-£90. Marc Jacobs’ plaid sweater has also sold quickly at Liberty – the £260 item sold out by the end of September.

10. The AW13 palette
Red and navy were the two key staple shades of the season, and our recent Top Mover reports have reflected the strong presence and popularity of these colours in the products consumers are buying across dresses, bottoms, knitwear and outerwear. Pink also featured as a new colour trend, particularly by London Fashion Week designers. This has been profoundly successful at every price point, from designers 3.1 Phillip Lim, Uniqlo and River Island in outerwear and Jonathan Saunders, Boohoo and New Look in knitwear. Considerable street style presence at the SS14 shows has boosted this trend’s credibility.

With each of the ten AW13/14 trends that data flagged as commercial successes, the industry can take increased comfort from an analytical approach to new season decisions. Check out our SS14 Top 10 insights, or talk to us about EDITD’s software. 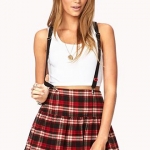 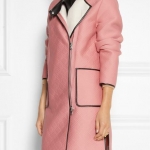 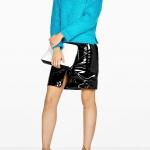